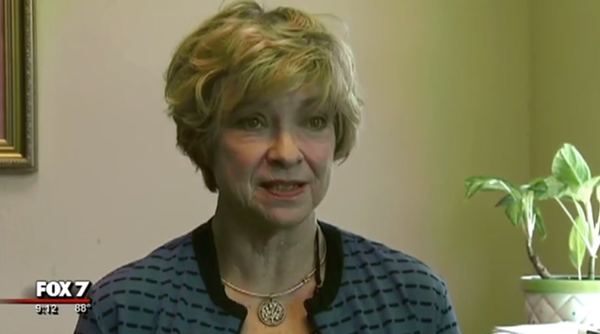 This week a list out of the state comptroller's office revealed that one of the largest recipients of state funding for a new program meant to give low-income women in Texas basic reproductive healthcare is a conservative Christian-based nonprofit that has said it "sets women free from abortion.

According to comptroller's records, the Round Rock-based Heidi Group will get a $1.6 million chunk of the $18 million the state has earmarked for its "Texas Healthy Women" program, making it one of the largest recipients of state funding for the program (behind only the Harris County public health department, which will get $1.7 million this year).

The news was unsettling to reproductive rights advocates who have closely monitored the nascent program, which is basically a re-tooled version of a Medicaid-waiver program the state killed off four years ago when the feds wouldn't let anti-abortion lawmakers in Texas boot Planned Parenthood as a provider from the program; the state defunded PP anyway and gave up millions of dollars in federal assistance to uninsured Texas women.

The Heidi Group isn't exactly a "healthcare provider" in the commonly-understood sense, but rather has a history of anti-abortion activism that includes setting up so-called "crisis pregnancy centers" that steer pregnant women away from abortion, often with misleading facts (see our previous coverage of those state-funded centers here). In fact, the group's $1.6 million award lists the address of its San Antonio crisis pregnancy center, Life Choices, which, according to its website, "exists to save the lives of unborn children, minister to women and men facing decisions involving pregnancy and sexual health, and touch each life with the love of Christ."

So what exactly will the Heidi Group's role be in the new state-funded healthcare program for low-income Texas women? When we reached Heidi Group founder and director Carol Everett by phone Wednesday, she told us the Heidi Group will be a "facilitator" that conducts outreach and connects women to some 25 clinics that she says will provide services for women through the program. "We're going to be doing brochures, we're going to go to the natural places, like WIC offices, Salvation Army, places that poor women are shopping and are going," she told us. The money, she insisted, will all go toward outreach and expanding services. "I can honestly tell you that there is not one cent of rent in this for the Heidi Group," she said. "There’s no administrative money, this is for direct services, for our outreach directors.”

Everett herself told us she has a long history of involvement in the fight against abortion. After working at an abortion clinic decades ago, a religious conversion put her on the path toward being an anti-abortion activist, she says. “The truth of the matter is I came to Christ," Everett said in a phone interview. "I was searching and I came to the saving knowledge of Jesus Christ. And after I came to Christ, I couldn’t kill babies anymore.” Everett said that by the mid-1980s she was testifying before the Texas Legislature urging greater restrictions on abortion providers.

Just last week Everett testified at a state hearing over a new rule that would require abortion providers cremate or bury fetal remains, even in the case of miscarriage. As the Austin Chronicle reported, Everett even warned that the current way clinics dispose of fetal tissue (via third-party special waste disposal services) could somehow expose the public to STDs and HIV. "What if one day something horrible escaped into the sewer system?" she said, eliciting chuckles from some in the crowd. She later reiterated her concern to an Austin Fox station:

Naturally, reproductive rights advocates have bristled at Everett's well-funded role in the state's new women's healthcare program. "It’s very inappropriate that the state would contract with an organization that has never performed the services required by the contract," Heather Busby, executive director of NARAL Pro-Choice Texas, said in a statement Wednesday. "The Heidi Group is an anti-abortion organization; it is not a healthcare provider." That state funding, Busby argues, should be going directly to medical providers who have experience providing family planning and preventive care services, not to "crisis pregnancy centers that already receive millions in state funding to coerce, shame and lie to Texans considering abortion care."

The state of Texas has a terrible record on women’s health, making lousy decisions that have devastated women's access to birth control and shut down family planning clinics across the state. Now this same Texas leadership is giving $1.7 million in family planning money to an organization that has never provided family planning AND is led by a woman who thinks you can get HIV or STDs from ground water because of fetal tissue disposal from abortions. This is happening at a time when half of Texas women have no access to OBGYN a new report shows and while the looming threat of Zika makes the need for real providers of family planning more urgent than ever. This is lunacy.


When we asked the Texas Health and Human Services Commission what made Everett's group qualified for such work, we got this response from spokesman Bryan Black:


Those who may be awarded grants include local health departments, medical schools, hospitals, private non-profit agencies and community and rural health centers. The Heidi Group has partnered with healthcare providers across the state to offer quality women's healthcare services including family planning and birth control. The group's proposal was one of the most robust of any of those who applied for the grants. The group's services will cover more than 60 counties in seven regions through approximately 20 clinic sites.


When we asked for a copy of the group's proposal, Black kindly asked us to file an open records request. (Which we did; we'll update if and when we hear back.)