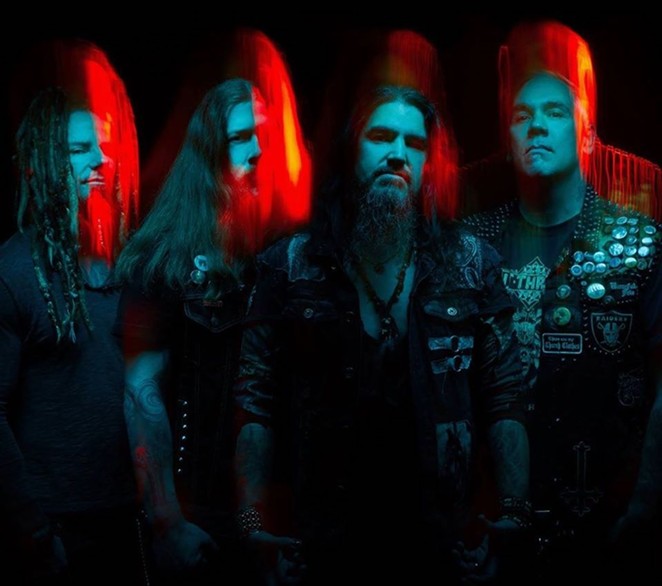 Nineties metal giant Machine Head is on its way to San Antonio in celebration of the 25th anniversary of its debut record Burn My Eyes. According to a recent press release, the show will last three hours and feature two parts.

The first will consist of a bombardment of Machine Head classics including “Imperium,” “Halo,” “Ten Ton Hammer” and “The Blood, The Sweat, The Tears,” while the band will play Burn My Eyes in its entirety during the second half.

Unfortunately, the band will be rocking this tour without drummer Dave McClain, a former member of San Antonio’s seminal ’80s metal outfit SA Slayer. He left Machine Head last year, citing a lack of satisfaction with the band’s current direction.