Metal Legend Phil Anselmo On The State Of Boxing 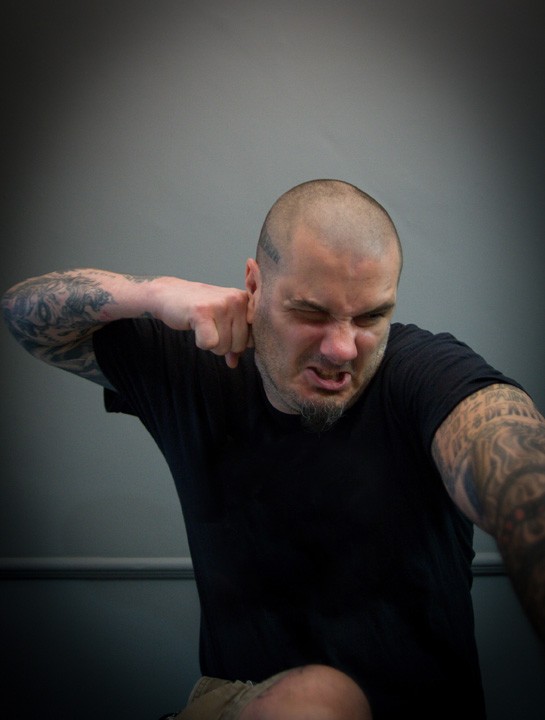 Former Pantera singer Phil Anselmo (now known as Philip H. Anselmo) will be in San Antonio on January 27 (Backstage Live), when he’ll perform with his new band The Illegals in support of Walk Through Exits Only, his first solo album. Look at the Current interview on January 22.

In addition to his passion for metal, Anselmo is a lifelong fan of horror movies and boxing. These are his takes on some of today’s top boxers.

“I did. I loved it. I thought it was fantastic. Not an Adrian Broner fan at all. I loved seeing Marcos coming so determined and making a statement early in that fucking fight and putting that big-mouthed motherfucker on his ass and continuing to apply pressure. I was very proud of Maidana. The only thing better he could’ve done was stop him cold.”

“He’s such a great, great talent and also a good guy, great for the sport. I just wonder about the toll the injuries have taken on his body. And I know about that kind of stuff. When you can’t come in at 100 percent, especially in the sport of boxing, it’s tough. In boxing, throwing punches comes from the hips and the legs, there’s a lot of leverage needed. As great a balance as Martínez has, if his injuries don’t let him [throw his] punches as he used to, it’ll be tough for him against great opponents. I wonder if his days are numbered.”

Go to the next page to read Anselmo’s take on Gennady Golovkin, Manny Pacquiao and the heavyweight division.

A lot of people are betting high on Golovkin, but I need to see him fight somebody. He’s definitely a great body puncher and a very sound technician, but I’ve seen better prospects before. Golovkin is good, but I’m not totally sold on him.”

“He’s such an excellent boxer. If he had been 100 percent back he would have knocked out Ríos. He beat him bad in that fight, but he should have put the nail on the coffin and stop him. I’m not accusing anybody of anything, but have you noticed his body doesn’t look quite as ripped as it used to? You wonder about the use of physical enhancement drugs, and the same could be said about Juan Manuel Márquez. He has the steroid look in his head, the veins on his head and body, the build on his body

It does not look real. Anyway, I didn’t want to go in this direction, but having said this, Manny Pacquiao is still an excellent boxer, incredible hand speed, he makes it all look easy. His timing is still there, but is he still a destroyer in that weight division? I’m not sure.”

Whatever happened to American heavyweights?

“First and foremost, I’m not ‘pro-American boxers.’ Boxing is an international sport and I want the best man to win; I don’t care where they come from. The Klitschkos are the best heavyweights, period. Vitaly left to go into politics, and that’s fair enough. As far as American prospects, Deontay Wilder has the body type, the size, and the punch in the right hand that may carry him through. The only thing I’m not sure about is how we would do if he’s extended in fights. If he’s properly conditioned, he’ll come through and the questions will be answered. If they keep lining him up against shot former champions, of course he’ll keep his knockout streak alive, and people love to see KOs. But once he’s put in with the Tyson Furys or the Klitschko brothers, it’ll be a different game for him. Whether he makes it out or not remains to be seen.”