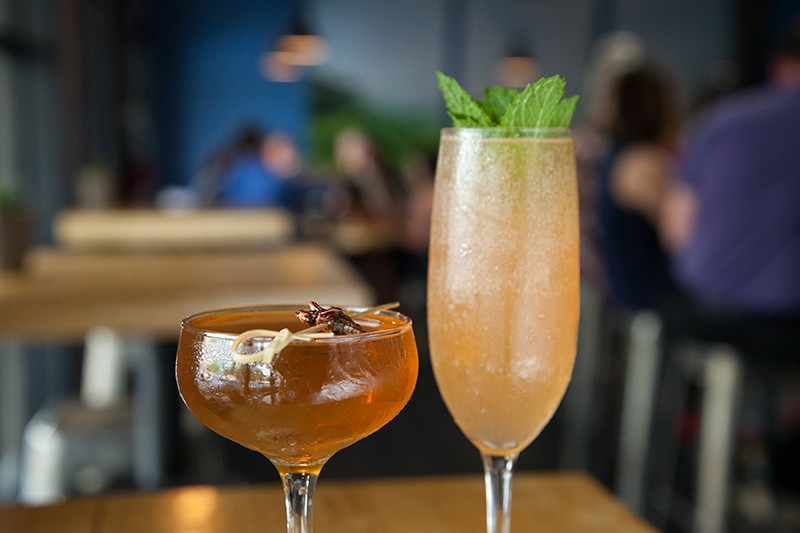 With The Yard's Mezcaleria Mixtli grand opening behind us, the San Antonio Current's spirits and wine writer Ron Bechtol, along with food and nightlife editor Jessica Elizarraras, sit down to chat about what the opening means for the city, for bar-goers and the future of our cocktail scene.

Bechtol: Confessions of a Spirits Snob

Yes, I'm a spirits snob. This should surprise nobody. No surprise either that I was salivating at the mere thought of Mezcaleria's opening by the boys of Mixtli, Diego Galicia and Rico Torres and their recently added spirits partner, Jesse Torres. It never even occurred to me that the rest of the consuming public might not feel the same shiver of excitement. Until such a sentiment was pointed out to me.

Yes, it's true that the menu sports 41 bottles and counting of the spunky, smoky spirit that is mezcal (plus numerous tequilas and other agave variants). So why, when many San Antonians are still going "Mezcal — WTF?" should you care? I'll tell you why. First, mezcal, of which tequila is specific subset, has a wide range of flavors due to vastly differing growing conditions, numerous permitted agave varieties and sometimes off-beat distillation methods. Think clay vessels and pechugas (chicken breasts) suspended in the vapors rising from the percolating mash. Fortunately for us all, each is available to taste in both clay copita (3/4 ounce) and jícara (1½ ounces) sizes at a price range of $4 to $17 for said pechuga product. Tiny sips, to be sure, but nicely presented.

Then there are the cocktails. The names may sound exotic and some of the drinks fulfill that promise. But they are all eminently approachable. Take the Amatepec ($9) with Wahaka mezcal, Xtabentun (a Mayan liqueur with notes of sweet anise) and house-made chocolate bitters. It's a beautifully balanced drink — and you aren't obliged to consume the garnish of skewered, fried crickets.

La Guadalupana is a tall number with one of the list's reposado tequilas, peach nectar, rose water, lime and tamarind soda. Muy refrescante. Chingos de Hongos ($11)? Okay, chanterelle-infused mezcal with rainwater madeira and a mushroom demi-glace syrup may sound a tad bizarre, but the combination is haunting and rich without being too magic 'shroomy.

I had initially dismissed the Beso Totonaca as being too girly and too Christmassy. But, as served in a rustic, clay mug, the icy mix of crema de mezcal with two milks, vanilla, cinnamon and nutmeg is worth a try — it's what eggnog should aspire to be. And as the joint's fancy vent hood (don't ask) is now operational, there are snacks to go with all the above.

I am, of course, also a Mexican food snob for various perfectly valid reasons, but I found the basic chicharrones with salsa Valentina to be a too-good accompaniment to pretty much everything, the cachetes de res (braised beef cheeks) to be earthy and amazing, but the mole de Teloloapan (chicken with cacao, chiles and almonds) perhaps more contemplative than compellingly seasoned. Snob again, guilty as charged.

And, as an architect, I'm a carefully cultivated design snob. As it turns out, Mezcaleria's restrained but warm space was designed by Jesse Torres, a fallen-away graphic designer. Come see what can be done with a limited, but carefully considered palette, stay for an unexpected drink or two — and know that there's nothing weird at all about the spirits or the well-windowed space: you can see it all from the parking lot. You do, however, have to enter to taste the magic. 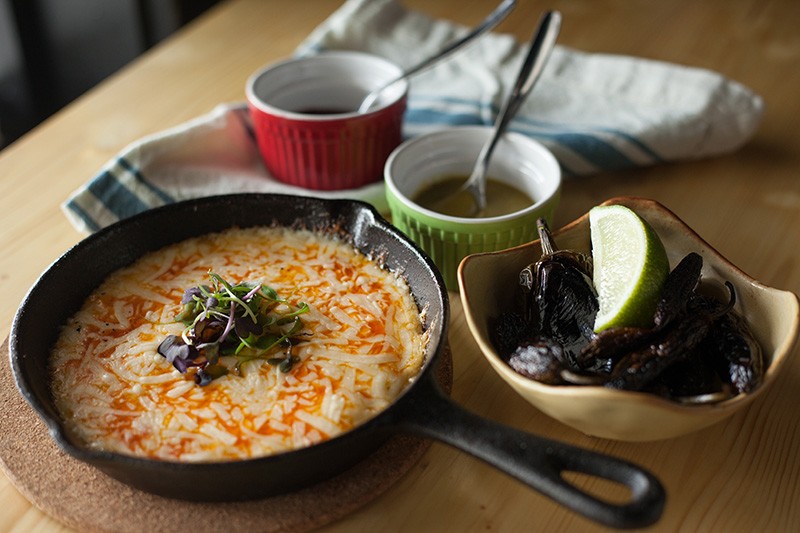 Elizarraras: Where Everybody Knows Your Name

My first sip into the world of mezcal came as a minor at a friend's apartment. The son of a Christian missionary who had built a church in the foothills of Oaxaca in the '90s, my pal was eager to share this creamy, smoky spirit. The exploratory sip was jarring, to say the least. The mouthful of smoke that lingered was admittedly not something I sought out for many years after that. But that was then, as a 20-year-old palate-less fool. Maybe the mango-laced spirit wasn't the best way to introduce anyone to the agave-variant.

That all changed as San Antonio's cocktail renaissance landed downtown and Esquire Tavern featured the spirit within its Mas Chingoni. Now under mezcal nut Houston Eaves, the Esquire is growing its collection of hard-to-find mezcales. Eaves, a member of the Tequila Interchange Project, which advocates "the preservation of sustainable, traditional and quality practices in the industry of agave distilled spirit," can often be seen sipping from teensy clay sippers on his nights off at the Mezcaleria. Houston's Pastry War, a cheeky cantina, also swayed my opinion with a fruity number (having Selena on full blast certainly helped).

All that to say this magical, smoky, grassy, befuddling spirit deserves our collective attention as a city known for our tequila-loving tendencies. Its distilling process is as involved as Scotch, if not more so, and the intricacies and differences between mezcales based on terroir is just as intimate and generational. It is of the people. There's something comforting in the knowledge that your mezcalero signed the bottle you're sipping and the same sun-weathered guy has been honing his craft for decades on end in some rural hacienda in Jalisco or Oaxaca.

But while the option to get nerdy at Mezcaleria with Jesse Torres (and several other expert 'tenders from around the city) over pours of the stuff is readily available, so is drinking well-balanced, mezcal-based cocktails. The six-month wait before they opened allowed Torres, who had already been practicing his skills at Mixtli (where drinks are on the house) to tinker with the recipes across town with bar takeovers at The Last Word and Park Social.

By the time Mezcaleria Mixtli opened last month, I had sampled about a third of the drink menu, including the Mariposa Negra (Olmeca Altos tequila reposado, Averna, Demerara syrup, licorice root tea and Orinoco bitters), a gemelo Old Fashioned. I'd also dabbled in the Humo Empiñado (Del Maguey Crema de Mezcal Joven Espadin, Ancho Reyes, grilled pineapple and piloncillo syrup, grilled lime juice and salt) for a refreshing and fun cocktail that will make for a cool summer once the establishment's small patio opens in a few weeks. La Capirucha (Wahaka Mezcal Joven Espadin, xoconostle syrup, lime juice and sal de gusano), imbibed at Last Word during Torres' brief night there, was as boozy and bold as the menu suggests.

But the offerings are plentiful and varied and the two-minute drive from the bar to my apartment means I'll be there often. La Guadalupana is light and flirty, while El Nopalito (made with sotol, which is produced similarly to mezcal but made with a Desert Spoon plant instead) has a spicy, yet mellow mouthfeel. And Ron's not wrong — the Beso Totonaca is "girly" but in the best way possible. Torres has an eye for presentation, and for me, the Beso's jarrito, and delicate sweet, creamy taste will serve as a way to convert mezcal doubters.

But if you're throwing back a few copitas, you'll want to keep the bites flowing. The charred cebollitas, the calabacitas (includes pumpkin, which was a sweet surprise) and the hongos con gooey queso Oaxaca demand complete silence — eat these quickly with the tortillas wrapped in a warm blue towel. I'm still waiting to try a happy hour where Torres and company feature watermelon and chamoy margaritas and a Demonio Azul with mango, Serrano pepper, lime and blueberry soda.