Michael Rooker Talks Zombies, Aliens and the Galaxy Beyond 'The Walking Dead' 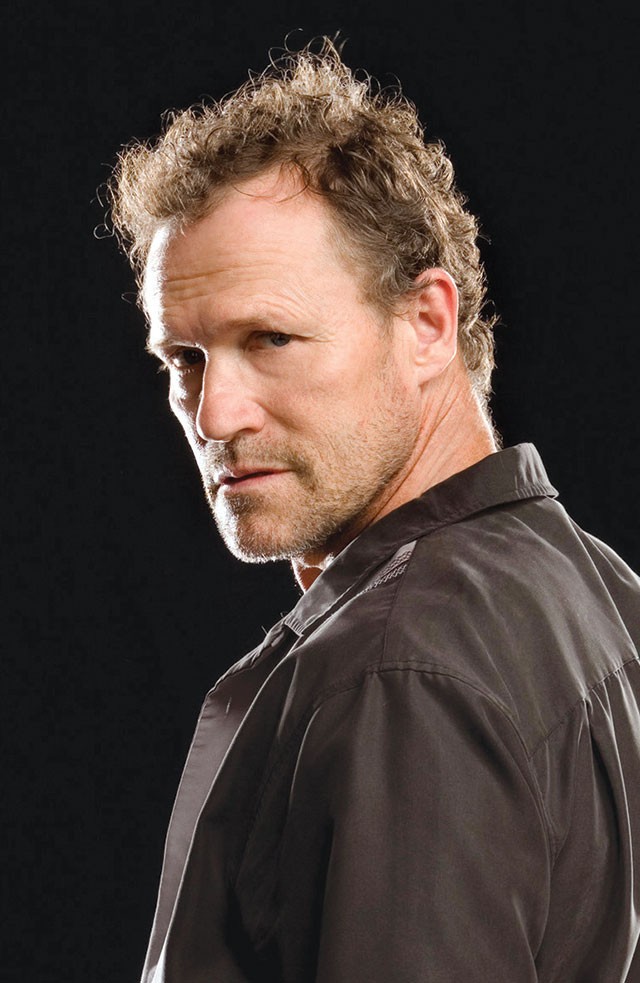 If you have a pulse, you have certainly heard of AMC’s colossal hit TV series The Walking Dead. And if you’ve seen The Walking Dead, you know the name Merle Dixon. Must we add that there are spoilers ahead?

Actor Michael Rooker had a one-episode shot at the following material: a trigger-happy racist with anger issues and a bone-chillingly good rooftop rant against God. Thanks to fan fervor, he went from a cameo character to co-starring on the show as Dixon, the man audiences shouldn’t have been able to sympathize with and yet could not stop watching. Now, after an unjust, yet monumental (or so say the fans) death on The Walking Dead, Rooker has returned to mesmerize us in the latest installment in the Marvel Cinematic Universe, this weekend’s Guardians of the Galaxy. We talked zombies and aliens with Rooker in a phone interview about the role that has him “jumping up and down.”

It has indeed. Unfortunately, I was killed off on The Walking Dead, but the Guardians of the Galaxy gig was mine to have if indeed the schedule was going to work out, and lo and behold, the stars came through. So, wow—I go from a great run on The Walking Dead with Merle Dixon, which I think is by far the biggest TV show in the world right now, to probably what is going to pan out to be one of the premier summer blockbusters.

What appealed to you most about the Guardians role?
Oh my God, everything! Everything appealed to me about Guardians. I just saw the movie, and I gotta tell you, I am jumping up and down. It was fabulous. Also, my buddy’s directing it. I actually have to say good things about James Gunn now.

That must have been hard after what he put you through in the last movie you did together, the horror-comedy Slither.
Oh, we can slam each other and rag each other, but this cat is a genius.

So what makes Guardians stand out from the rest of the MCU?
Everything about it. Literally everything about it. It’s the kind of movie that you’re gonna wanna watch more than once. It’s completely rich. I’m very usually quite conservative when I start talking about things I’ve been in, but this is no time to mince words. It’s crazy good.

What do you say to people who worry that it will be too weird or too science fiction-y for audiences?
I think people are quite intelligent and movie-savvy these days. They’re gonna get it in a big way. James Gunn’s humor and writing style are such that not only are you gonna get it, you’re gonna laugh and you’re gonna love it and you’re gonna dig it.

One last question: Give us a few words to describe your character.
Well, all I can say is I’m not a stranger to playing ass kickers, and Yondu is definitely a tough-love, ass-kicking, awesome father image. I know fans are going to love him.