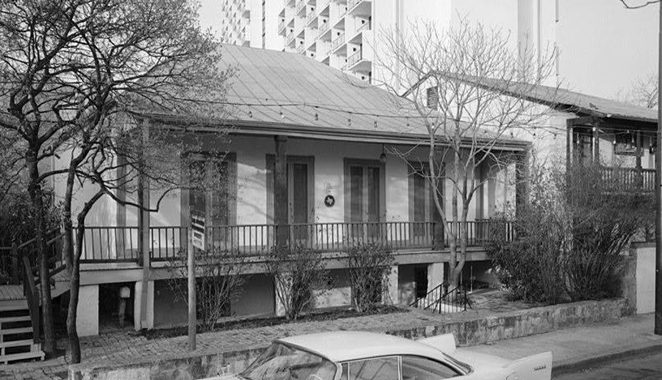 If the owner of music venues Sam's Burger Joint and the Aztec Theatre gets his way, historic La Villita will gain yet another drinkery, Rocky’s Patio Bar, sometime soon.

Sam Panchevre, who helms both Sam's and the Aztec, is awaiting approval from the Historic Design and Review Commission on a sign for the proposed tavern, the San Antonio Business Journal reports.

The bar would be located inside the historic Dashiell House at 511 Villita St., a property owned by the San Antonio Conservation Society, according to the agenda for the HDRC's June 2 meeting.

Built around 1850, the Dashiell House served as the San Antonio Conservation Society's headquarters from 1953 to 1974. These days, the structure operates as a wedding venue and private event space.

The Business Journal contacted Panchevre's Aztec Family Group for further details about Rocky’s but didn't hear back by press time.