Misery Loves Company: Lebanon’s Capernaum is a Gut-wrenching Drama Set in the Slums of Beirut 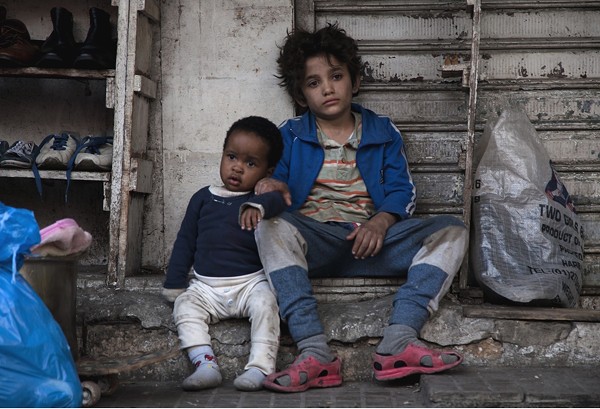 The raw and staggering performance Lebanese director/co-writer Nadine Labaki is able to pull from non-professional child actor Zain Al Rafeea in the Academy Award-nominated drama Capernaum is gut-wrenching. It’s something that can’t be taught — a rare depiction of extreme sadness that could only have been made at the right time and place and in the right conditions. It’s the type of film that can never be recreated with the same sentiment.

In Capernaum (translation: chaos), Al Rafeea plays his namesake character Zain, a pre-teenage boy living (sort of) with his family in Beirut, but mostly surviving on his own on the streets of the capital city. His mother Souad (Kawthar Al Haddad) and father Selim (Fadi Kamel Youssef) don’t have time for him, much less for the countless other children in their home who they’re also neglecting.

Through flashbacks, Labaki begins her story in a courtroom where Zain is standing on the opposite side of his parents. He has brought a lawsuit against them for giving birth to him, thus damning him to a life of pain and suffering. From there, we witness the kind of hell Zain has experienced. It starts with him trying to make money by selling shots of juice laced with prescription drugs to the surrounding slum dwellers.

The only glint of happiness in Zain’s dark world is his slightly younger sister Sahar (Haita “Cedra” Izzam), who has caught the attention of his much older boss Assaad (Nour El Husseini). Since Assaad’s father owns the dilapidated apartment where the family lives, Zain’s father allows Assaad to take his daughter as his child bride — a move that ultimately translates into tragedy and thus drives Zain to run away.

Zain soon creates his own improvised family when Ethiopian immigrant Rahil (Yordanos Shiferaw) takes him in and puts him in charge of watching her toddler Yonas (Boluwatife Treasure Bankole) while she works. When Rahil doesn’t come home one afternoon, Zain and Yonas are left to fend for themselves. The duo’s journey through the streets of Beirut (Zain drags him around in a makeshift wagon made from a tub, skateboard and rope) frame most of Labaki’s narrative, while the stakes become higher for both children as each day passes.

Reminiscent of other films that follow impoverished kids like 2008’s Oscar-winning Slumdog Millionaire and 2016’s Oscar-nominated Lion, it will be impossible for most moviegoers not to let Capernaum devastate their hearts. While some critics might bemoan its mostly hopeless environment, Capernaum isn’t shy to reveal its emotionally intricate core — even as difficult as it is to watch.