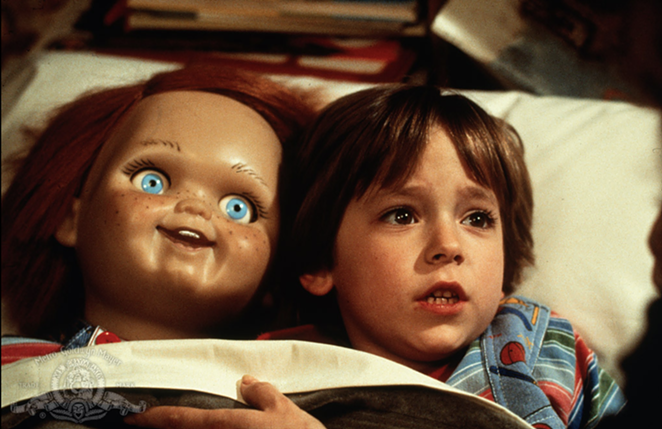 There's plenty of ways to binge all the best horror movies in the run up to Halloween — lookin' at you, Netflix — but the Mission Outdoor Theater is kicking things up a notch later this month.

The drive-in theater, which opened at Brooks City Base in September, has a full slate of scary movies on its October schedule, but one event in particular may catch the eye of '80s horror fans.

On October 23, the theater is hosting a double feature of Child's Play and Child's Play 2 with a very special guest: franchise star Alex Vincent, who has appeared as Andy Barclay in four Chucky films.

In Child's Play, Vincent's character Andy is gifted the possessed doll Chucky — played by Brad Dourif, whose role was later assumed by Mark Hamill in the 2019 film reboot — with deadly consequences. Mission Outdoor Theater owner Fred Reyes told KSAT that Vincent will sign autographs before and after the drive-in screening.

The drive-in has safety protocols in place to maintain distancing during the ongoing pandemic, including contactless ordering and a face covering requirement for anyone who has exited their vehicles. A full list of safety guidelines is available on the Mission Outdoor Theater website.