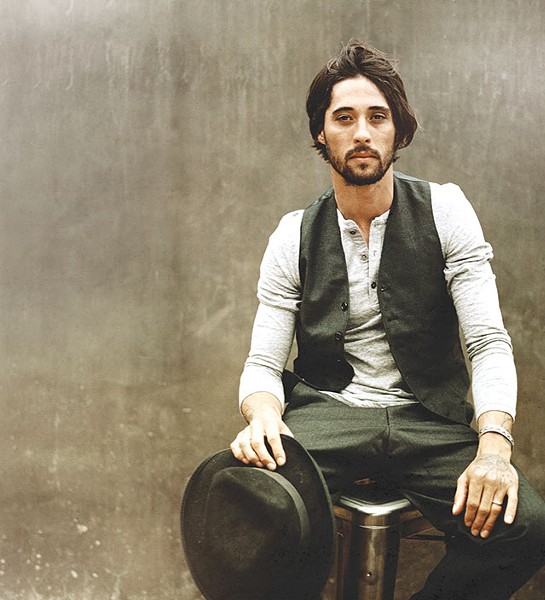 This Saturday at the Sunken Garden Theater, you can usher in the fall feels with a rousing round of roots rock, alt-country and Americana-leaning performances by a group of like-minded yet diverse acts. Here’s a quick run-down of the earthy ambience and heartland tunes to look forward to at Moonamp.

Steeped in the traditions of Americana, but with a Los Angeles ear for sweaty riff-rock, Ryan Bingham has straight-up put in work over the last eight years. While his sound is not terribly inventive, his combination of lyrical deftness, knack for dusty melody and prowess as a vocal performer have earned him numerous accolades, including a Golden Globe for his work on the Crazy Heart soundtrack. Bingham’s rollicking Americana-rock mashups and his craggy voice translate into a live show that ratchets up the energy level and dynamism of his compositions, accentuating the rock sound in places and dampening it in others. While fans know that Bingham is likely working on some new material that he may preview at this show, we’ll be happy enough to hear a smattering of tracks from his excellent 2012 release Tomorrowland.

This Dallas band has been a staple of the Texas music scene ever since its formation in 1993. Forerunners of the contemporary alt-country genre, the group’s sonic peers include celebrated acts like Uncle Tupelo, Ryan Adams’ band Whiskeytown and the Drive-By Truckers. What makes the Old 97’s unique, aside from their staying power and seamless blending of styles, is singer-songwriter Rhett Miller’s ability to expand the psychological vocabulary of country. Miller’s lyrics, delivered in his plaintive, twanging style, go well beyond your typical tear-in-beer or feel-good-Saturday-night country fare. Engaging lyrics, a trail-blazing legacy and a reputation as one of the best live acts around—what more could you ask for?

Perhaps the true sleeper pick on this bill, San Diego-based folk rock outfit the Silent Comedy has carved an impressive niche for itself over the course of two solid albums: Sunset Stables (2007) and Common Faults (2010). Sporting a cinematic sound, the Silent Comedy brings a lugubrious intensity to their compositions. With the vocal depth of the harmonizing Zimmerman brothers at its core, the Silent Comedy sets itself apart from other folk rock acts, foregoing twang for Gothic grandeur and a sweeping sense of movement. If you’re looking for a few tracks to serve as an introduction to this band, try the stomping psych-rock-infused “Bartholomew” and the eerie slow-burner “All Saints’ Day.”