Monarch Migration: King of Butterflies to Arrive in South Texas 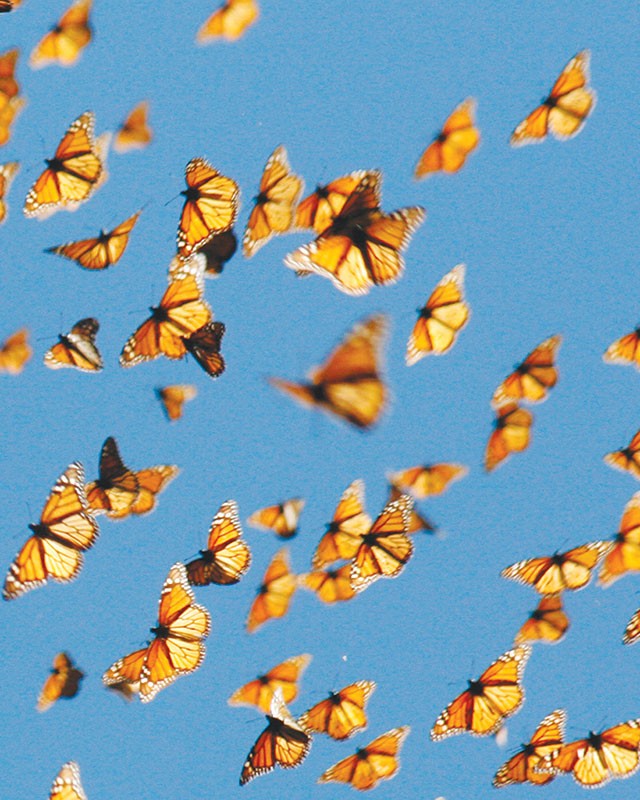 From habitat loss to global warming to pollution, monarch butterflies face a host of threats that have negatively impacted the species.

The monarch has the longest migration of any butterfly. Twice a year, the butterflies make a 3,000-mile-long journey. In the fall, the butterflies leave roosts that are as far north as Canada and head south into Mexico. In the spring, monarchs head back north. No one knows how the butterflies find the way year after year. And by the way, even more mysteriously, this is a one-way trip and monarchs migrating have never made the journey before, whether they are heading north or south.

And luckily for San Antonio residents, they are smack dab in the middle of the migration route. According to monarchwatch.org, the Alamo City should expect the colorful visitors between October 10 and 22.

To find out where to see monarchs as they pass through, visit websites like monarchwatch.org and texasbutterflyranch.com, which are just a couple of great resources for keeping track of the migration. Or wing it. Go to a state park or a natural area and keep your eyes peeled, and especially look for milkweed. And the butterflies will come right through San Antonio, so keep an eye out for them, especially around flowering gardens.

But again, monarchs don’t have it easy and populations have been steadily declining. However, the good news is that Chip Taylor, founder and director of Monarch Watch, wrote in a population status update that he predicts a moderate increase in the population this year. However, he notes that his prediction could change, depending on how the migration goes.

A big hurdle the butterflies face on their way south is the decline of milkweed, the monarch’s bread and butter, so to speak. According to a paper published by the Royal Entomology Society in 2012, there has been a decline of milkweed in agricultural fields in the Midwest because of the use of pesticides.

The monarch migration is a wonderful event to witness and because of population decline, witnessing and documenting the migration is even more important.