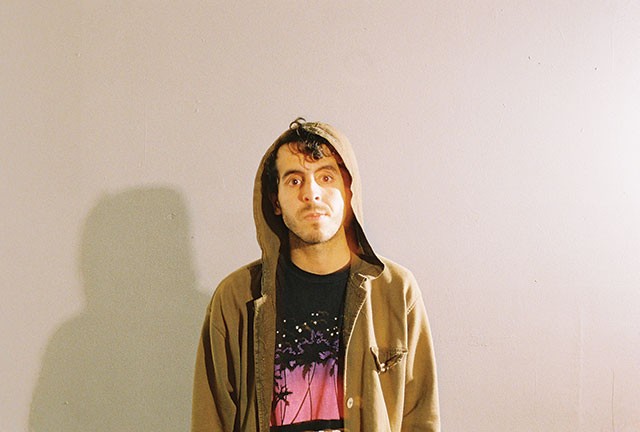 It’s a pretty common tale in post-industrial America: Commercial and manufacturing buildings sprout up, business moves elsewhere, buildings go vacant and decay, eventually finding new life as low-rent creative spaces. As the South Flores galleries can attest, the San Antonio art game has been in on this hustle for some time. But Ryan Brummet, of independent media outlet Mondo Nation, is letting SA music in on the secret, moving bands out of bars and house shows and into some exciting new spaces.

Bored in class at University of Texas—San Antonio, Brummet started Mondo Nation as a blog two years ago, gaining traction in music and art coverage after switching to a rent-paying URL (mondonation.net). But when Mondo started throwing shows in San Antonio to promote the site, the scope of the project began to change. Two years in, Mondo Nation is in on some rad stuff, cruising SA’s warehouses, rooftops and art galleries to bring music to unanticipated places. After a string of excellent summer shows, we caught up with Brummet to discuss what’s going on in the Mondo Nation.

What was your initial vision for Mondo Nation shows?

We wanted to base it on what Todd P and Ad Hoc were doing in New York with these DIY shows at 285 Kent, [a recently defunct warehouse in Brooklyn, sure to be sanctified in the music scene’s memory in coming years]. We wanted to combine that idea with the pop-up format that you see at a SXSW show. We wanted to combine those things so the environment becomes part of the performance.

I get really tired of going to the same places. I wanted to change it up and I think people really responded to that. There’s lots of venues that I like in town, I want to have those and have other things [along] with them.

I used to talk trash. I was the biggest person who did that. I was like, ‘I can’t stand it here, I hate it here.’ I changed my tune one day and just decided to make it better, to do the shows that I would want to see.

What do you look for when you’re looking for a venue?

The places in San Antonio where you look around and think, ‘this doesn’t look like San Antonio.’ It’s industrial. There’s some really cool places on the East and West Sides and Downtown, just waiting. There’s people who rent art galleries in this town for $100 bucks. We live like kings here. San Antonio is where it’s at.

What’s your vision for live music in San Antonio?

Just getting the bands to come here. There’s literally no one asking these bands to come here. At first, people would say, ‘Oh well, they don’t want to play San Antonio ‘cause blah blah blah,’ but it’s really just a matter of no one reaching out to them. I started realizing that when bands started saying yes.

In Austin, there’s 100 people trying to do this, but here it’s a different story. I feel like we’re at a point right now in San Antonio where things are changing and it’s nice being at this level and watching it grow. One of the goals was to influence enough people to start trying to do it on their own as well. The more and more people that start doing what we’re doing, the more it flourishes. It’s really cool seeing a couple of my friends doing the format that we’re doing.

How is it done?

It’s super easy. First you gotta find your spot. I like to find spots where no one’s ever had a show. Most of the time we rent them or [the owner or landlord] gets a cut of whatever the show makes. Once you got your spot, you just book your bands and promote it. We usually like to have a couple sponsors for drinks, that sort of thing. Maverick [Music Festival] helped us out too, legitimizing us in a lot of ways. We got to help out on the festival this year, which was awesome. Cool stuff’s happening, but I can’t say what.

What is the ideal performance space for Mondo Nation?