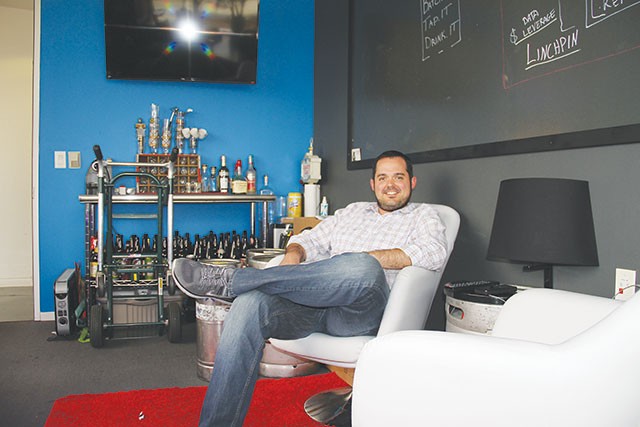 During the height of Medieval barbarism, as Mayan civilization hit the skids, Scandinavian Vikings plundered rocky European coasts, and Arabian armies conquered Central Asia, a quiet movement brewed along the cool, mossy corners of Europe’s monasteries and abbeys. Back then, beer was the safest alternative to contaminated water, not to mention a welcome respite from the chaos of the world, and it was common for monasteries to provide it to local villages, for the sake of public health. It was a respected public service.

“First and foremost, we are beer geeks,” explains Zac Harris, Chief Monk and Co-founder of Monk’s Toolbox, a San Antonio/Portland-based start-up creating useful web apps and software for craft brewers. Their flagship product, which launches its alpha phase later this month with 12 breweries nationwide (including San Antonio’s Branchline, Alamo, Ranger Creek, and The Granary), is meant to organize and streamline the day-to-day and big-picture logistics of running a brewery. In April, Monk’s Toolbox was awarded $25,000 by the Geekdom Fund.

Jeremy Karney, the Tech Monk, is the steam in this engine, programming, coding, and bringing all of the team’s imaginings into reality.

Monk’s Toolbox was conceived during one of Geekdom’s 3 Day Startup events in the fall of 2012. Harris and Pryor showed up with the project in mind, and that weekend they fleshed out a business model and prototype, then pitched it to fellow geeks. If there’s anyone more serious about their passion than a tech geek, it’s a beer geek. These guys are both. Karney met Harris and Pryor that weekend. He was hooked.

Prior to the appropriation of ale brewing by monks, the task belonged to Medieval housewives. It was an unrefined process, with pond scum and twigs often making it into the mix. The monks approached brewing in a much more scholarly fashion. Spoiled or soured ale, which had caused many a woman to be accused of witchcraft in days past, became all but folklore once monks took up cleaning and washing their equipment. Recipes were documented, pored over, and tweaked. Hops were introduced. Ingredients were tested for quality control purposes.

“We asked ourselves: How do we create an easier platform for brewers to collect data?” says Harris.

The team hit the road to find out, visiting countless breweries as well as the recent Brewers Association convention in Washington D.C., to study what the logistical pain points are that brewers need help with.

In addition, there are special calculators, timers, and a nifty What’s on Tap app for bars, originally created for the San Antonio Cocktail Conference. What’s on Tap appears on a giant screen by the bar, informing the public about what beers are currently available, what style they are, where they are from, what the alcohol percentage is, when they were tapped, etc. When a keg is tapped, all the bartender has to do to change the sign is double tap his or her smartphone screen and replace it with the next brew. The app, currently on display at The Friendly Spot, would ultimately serve up “big data” on the back-end for breweries to analyze who drinks their beer, when they are drinking it, and what this means in terms of production and marketing.

Monastic brewing really exploded around the 13th century, with thousands of European monasteries containing brewhouses and selling their ales. To this day, beer aficionados worldwide still welcome the learned approach and careful attentions that monks give their beer. Westvleteren 12, a beer brewed by Belgian monks, is widely regarded as the best beer in the world.

“The industry is growing so fast right now,” notes Pryor. “A lot of people are doing homebrewing, and homebrewers are hopping into craft beer production.”

Harris admits, “In all honesty, we just want to help them [craft brewers] to brew more beer so we can drink the delicious beer that they make.”