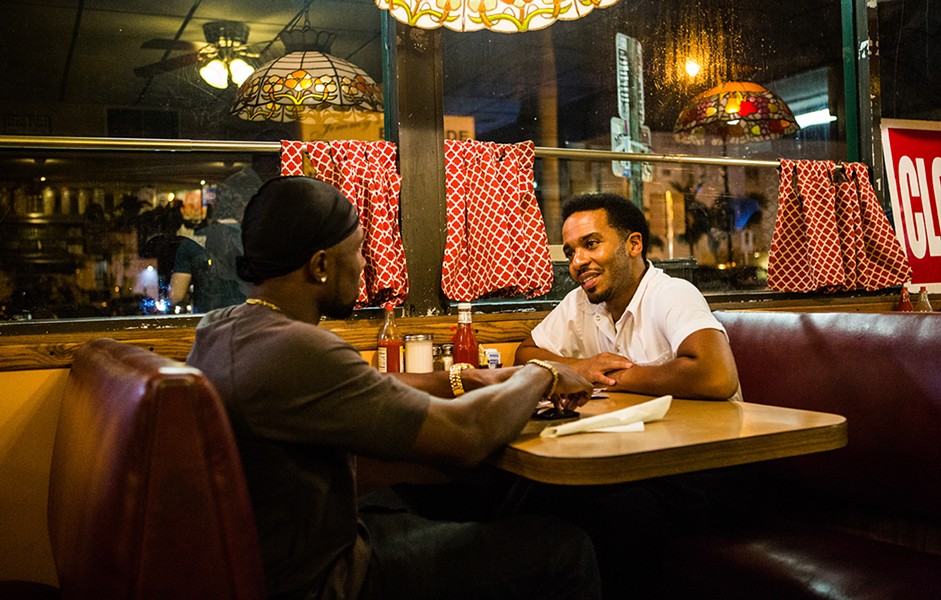 Hollywood embraced diversity today with its 2017 Oscar nominations that included actors of color in all the acting categories — a marked difference from last year’s #oscarssowhite controversy. (You can find the full list of nominations here.)

Academy voters gave most of its kudos (14 nominations) to La La Land, a musical that echoes self-referential Hollywood films like All About Eve, Sunset Boulevard and The Artist.

This is a stark contrast to the National Society of Film Critics, the Hollywood Foreign Press, along with the New York City, Chicago and Los Angeles critics who earlier gave their best picture nod to Moonlight. Perhaps Moonlight will surprise Hollywood as did Spotlight did last year and win the top prize.

From this critic’s aisle seat, Moonlight is the best motion picture drama of the year.

Director and screenwriter Barry Jenkins has meticulously created and crafted a film that focuses on a gay African American from childhood to adulthood. Set in Miami’s Liberty City neighborhood during the 1980s — the era of “Just Say No” and the AIDS epidemic — the film narrates a poor, isolated young man of color’s struggle to discover who he is and survive in the process.

This isn’t a Hollywood film about blacks with the typical Civil War slave narrative. Nor is it Hollywood’s answer to the #oscarssowhite controversy. Instead, we have an original, low-budget film with an all-black cast that puts many major studio efforts to shame. More importantly, it takes the viewer into a world rarely seen on the big screen.

Producers may have felt this film had little chance of succeeding at the box office or finding an audience. That observation weighed heavily when I saw the film on Thanksgiving in a local cineplex. I was the only one in the theater. The film opens with a pimped-out Cadillac car, its radio blasting Boris Gardiner’s “Every Nigger Is a Star.” The man behind the wheel is a drug dealer. He is Juan (the magnificent Mahershala Ali), a black Cuban American who rules his turf with a firm hand. Was this a throwback to the post-1970s blaxploitation film? 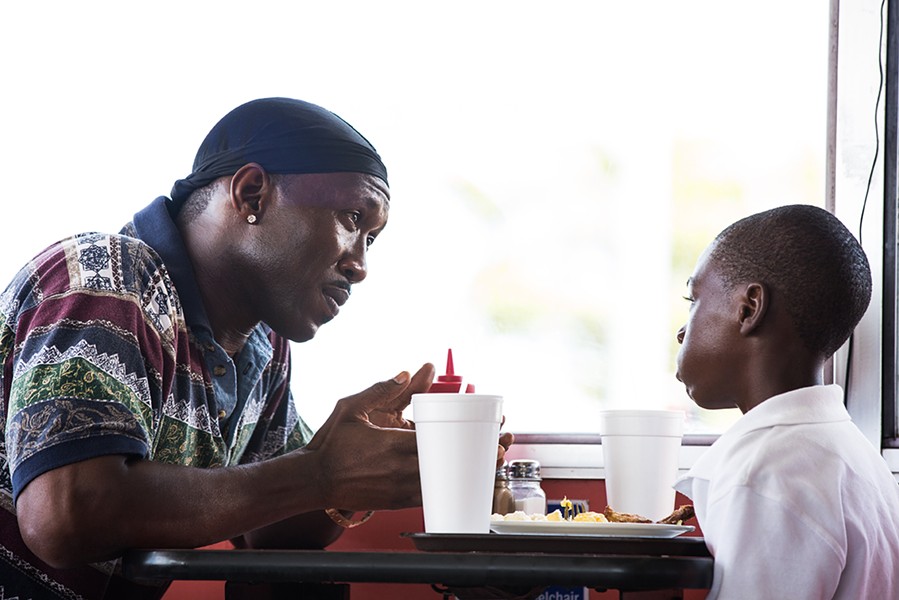 Jenkins however does a 90 degree turn as Juan spots a young black kid being chased. He is Chiron (Alex Hibbert), who hides in an abandoned crack house. Juan follows him and offers to buy him a meal. Juan’s kindness isn’t initially clear to the practically mute Chiron, who rarely speaks to strangers — at school he is constantly bullied with homophobic slurs. He also has to navigate living with his abusive, single mom Paula (the superb Naomie Harris). As Juan tells him: “You don't talk much, but you damn sure can eat.” He introduces Chiron to his lady Teresa (Janelle Monáe), and in short order, they become parental surrogates to Chiron. Teresa cooks for him and teaches him how to make a bed, while Juan teaches him to swim.

When 9-year-old Chiron begins to trust Juan, he asks questions: “What’s a faggot?” While one might expect macho Juan to respond negatively, he gently explains. “A faggot is a word used to make gay people feel bad.” Chiron then asks, “Am I a faggot?” Juan replies, “No. You’re not. You can be gay, but don’t have to let anyone call you a faggot.”

Chiron’s only friend is his classmate Kevin (Jadin Piner). His single mother goes from hospital aide to a crack addict to whom Juan sells drugs. Later, young Chiron adds two and two. He confronts Juan. “Do you sell drugs? My momma, she do drugs, right?” Shamed, Juan can barely nod “Yes.”
Jenkins’ film is divided into three parts, three acts — a triad. He employs different actors to portray Chiron as a child, a teen, and an adult. Ditto the character of Kevin. The film’s poster effectively melds all three faces of Chiron to make a composite portrait of one person.

Some may come away perplexed by the unusual casting as well as the time lapse between each act. I found it both provocative and open-ended — a means to fill in the blanks. The use of urban speak dialogue may also throw off some listeners. Still, after a few minutes, I had it down.

The film has a Latino vibe to it — it’s set in Miami and some of its characters have Cuban roots. The soundtrack is also a vital part of the film’s tone and narrative. I especially liked the use of Caetano Veloso’s “Cucurrucucú Paloma,” perhaps as an homage to other gay-themed films (Wong Kar-wai’s Happy Together, Pedro Almodóvar’s Talk to Her) that used that song to express both longing and loneliness, its lyrics giving voice to speechless protagonists like Chiron.

Another intriguing element is the importance of food as both spiritual and communal nourishment — illustrated by the scenes in the fast food restaurant, Juan’s house and the café where Kevin cooks Cuban food. The old saw — the way to a man’s heart is through his stomach — applies here.

Alongside Moonlight, the black-produced film version of Pulitzer Prize winner August Wilson’s play Fences earned four Oscar nominations — Best Picture, Actor in a Leading Role, Actress in a Supporting Role and Writing (Adapted Screenplay). Nominated posthumously, Wilson (who died in 2005) longed for his plays to be produced for both black and white audiences.

These African American films open a window into the lives of those often underrepresented and eloquently show how they matter.