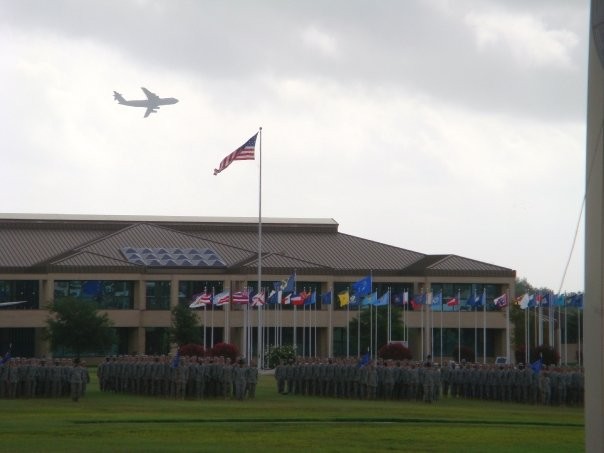 Update 3:30 p.m.: Passengers who displayed symptoms during or following the flight, as well as those who tested positive for the virus, were reportedly sent to a location outside of San Antonio to receive care in isolation.

Original:
A charter flight carrying coronavirus evacuees previously quarantined aboard a cruise ship has landed at Joint Base San Antonio-Lackland.

The plane, which departed from Tokyo, landed at the base at 3:55 a.m. local time. Reports indicate the plane carried American citizens who were aboard the Diamond Princess cruise ship, previously docked in Yokohama, Japan. Individuals on board are considered to have experienced a high risk of exposure to the virus.

The news comes after JBSA-Lackland confirmed a single case of coronavirus among the more than 90 people already quarantined on the base. The patient is reportedly getting treatment at Methodist Hospital | Texsan.

Americans who left the cruise ship and landed in either Texas or at Travis Air Force Base in California began the 14-day quarantine on the ship on February 5, meaning the quarantine was cut short to travel stateside. Evacuees from the ship will reportedly be housed in a separate area from those who arrived from China earlier this month.

Officials confirmed that 14 of the evacuees on the plane tested positive for the virus but were allowed to travel because they're not displaying symptoms. They were isolated from the other travelers, according to a statement from the U.S. Department of Health and Human Services. Medical experts say the virus can still be spread if a person isn't showing symptoms.

"Any evacuees who test positive or become symptomatic will be transferred to a suitable off-base facility at the direction of CDC," according to a joint statement from the U.S. Department of Health and Human Services, the Centers for Disease Control and Prevention, and the Department of Defense.

Evacuees who arrived in Texas and California will be required to undergo a second 14-day on-base quarantine.

"The health and safety of the men, women and families living and working on JBSA-Lackland and in the San Antonio community is our number one priority," JBSA-Lackland officials said.