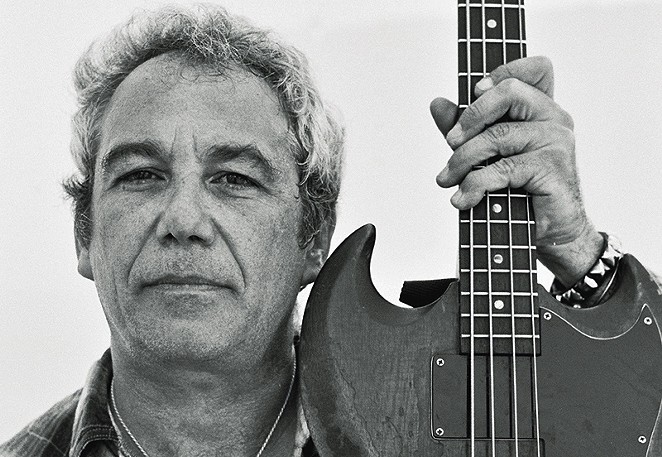 Mike Watt is the Pied Piper of punk rock. He wasn't there first, but he has endured as well as anyone through his many bands and solo projects, embodying the idea and spirit of the form.

"Punk was in your mind, it wasn't some style of music in those days," Watt, 57, said. "Anything went. When hardcore came in, it kind of got a certain way with fast guitars, but the punk we knew in Hollywood, some of the bands didn't even have guitars."

Raised on '70s arena rock like Black Sabbath and Blue Öyster Cult, music seemed beyond Watt and his buddy D. Boon. Then they saw Black Flag play. Watt turned to Boon and said, "We could do this." Punk opened a world of opportunity, and the music has only grown more democratized and do-it-yourself ever since.

Minutemen's sound was inspired by the terse minimalist angularity of the U.K. band Wire, which developed into sparely ferocious bursts and rubbery rhythms beneath thoughtful, elliptical and vaguely political verse with a blue-collar heart.

"Honest wage for honest work. But this expression thing, this is about trying to be a little creative, too," he said. "That's why we felt very empowered by the movement, it's not just about service to the lifestyle, it's actually trying to get a little creative."

When Boon passed in a 1985 van accident, Watt was crushed. Around then, an Ohio State student who loved the Minutemen drove to San Pedro. EdfromOhio, as Watt dubbed him, knocked at Boon's door and eventually convinced Watt and drummer George Hurley to make music again in fIREHOSE.

After fIREHOSE broke up in '94, Watt released four solo albums, collaborated with and backed numerous other bands. After a near-death infection around the millennium, Watt bounced back, first behind J Mascis and then the Stooges, in what would become an ongoing association.

"I was in pain and it got me down, but on the other hand, Fuck no! I had shit I wanted to do," Watt said of his recovery.

He's featured in at least a half-dozen combos in addition to The Missingmen, who back his solo material (including 2011's amazing Hyphenated-man). Watt was inspired to return to the Minutemen's sound by a documentary on the band, providing a vehicle for mid-life contemplation, though in his mind he's ever the punk teen.

"I need that because it helps give me a focus," Watt said. "I'm not trying to be naïve or infantile, but there's something about – Perry [Farrell, Jane's Addiction singer] once told me – 'the child's eye of wonder.'"

Mike Watt and The Missingmen feat. Hamell on Trial, The Beaumonts