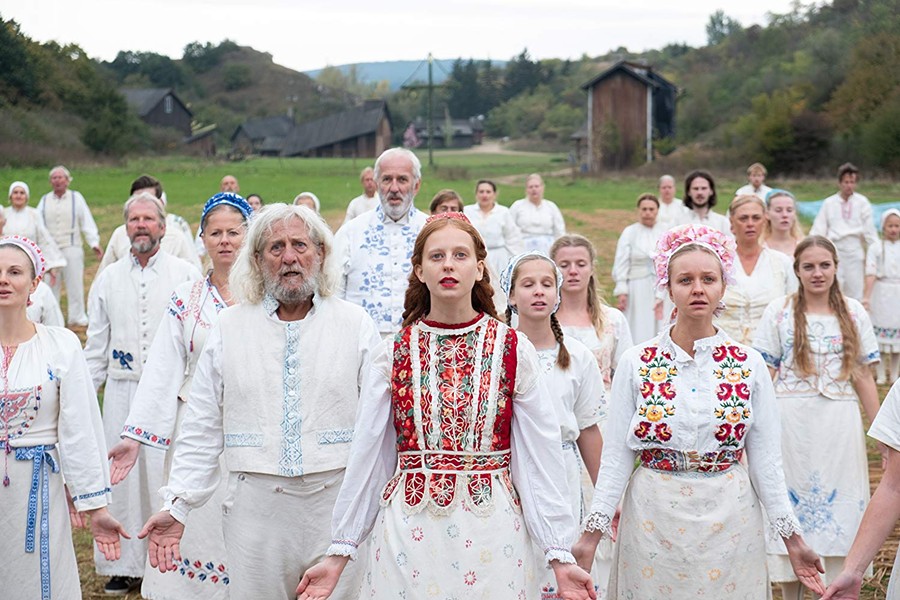 It’s no wonder director and Oscar-winning screenwriter Jordan Peele (Get Out) has been singing the praises of writer and director Ari Aster’s folk horror film Midsommar over the past few weeks — Peele even called it “the most idyllic horror film of all time.” Midsommar is definitely picturesque, but like Peele’s last film, Us, it’s also an allegorical, art-house narrative that won’t register with everyone.

Aster and cinematographer Pawel Pogorzelski worked together on Aster’s 2018 feature debut Hereditary, a searing domestic chiller that took family dysfunction to a new level. And, together, they craft an exquisite setting in Midsommar. Aster’s breathtaking vision, however, can’t fully make up for his vague storytelling. It doesn’t reach the same pretentious, metaphor-heavy heights as Peele’s Us (or filmmaker Darren Aronofsky’s 2017 headscratcher Mother!), but it’s frustrating nevertheless.

Luckily, unlike Peele, who would rather not talk about the concrete ideas behind Us, Aster has been more than willing to explain that the inspiration for writing Midsommar materialized because of a recent breakup he experienced. (Someone find this woman and ask her what the hell she did to him!) Whatever it was, Aster uses the heartbreak to fuel his disturbing story of a Nordic getaway gone awry.

When Dani, in a standout performance by Florence Pugh, is sent into a downward spiral after a horrific tragedy, which comes via a frightening pre-title card opening, she is later invited by her apathetic boyfriend Christian (Jack Reynor) to join him and his friends Josh (William Jackson Harper), Mark (Will Poulter) and Pelle (Vilhelm Blomgren) on a fact-finding trip to a remote village in Sweden. While there, Josh is supposed to do research for his thesis on an isolated commune’s mid-summer festival that only happens every 90 years.

It takes a while before things start to go off the rails, but there’s no turning back once Aster begins putting his characters into extremely uncomfortable situations. During a few scenes, the American visitors ingest hallucinogens that cause them to lose their grip on reality (filmmaker Gaspar Noé does it better in Climax), which might force some viewers to question what the cast is truly seeing. But Aster executes what turn out to be pagan rituals with enough depravity that it doesn’t matter whether the characters are daydreaming the whole thing. Horror fans will enjoy the grotesque details he delivers as much as the instances where he lets stillness consume each frame of the picture.

Midsommar is far from perfect and isn’t even the most twisted film of the year (that distinction goes to Germany’s Hagazussa), but there’s something about Aster allowing so much misery to take place in broad daylight that makes his film tough to behold.