'Motive' lets you know who, but not why until the end 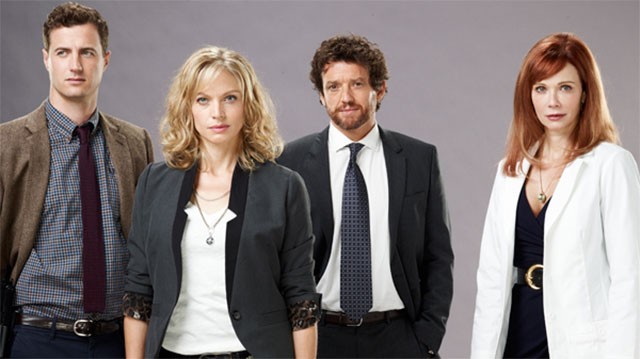 Most police procedurals tease you with “whodunit,” only unveiling the perp at the end. Motive takes a different approach, brazenly identifying the killer in the opening minutes of each episode. You can’t miss him: He’s the one with the title “The Killer” under his mug. Similarly, the soon-to-be-dead person is tagged with the title “The Victim.”

So, a la Columbo, you know exactly where the episode is headed… but you don’t know why. That’s the part Motive conceals until the end, and damned if you don’t keep watching to learn the answer.

It helps that the heroine, Detective Angie Flynn, is such good company. Kristin Lehman (The Killing) is stunning in this role. Her detective is witty, brassy, earthy and flirty. She’s believable as a working-class single mother with a knack for thinking her way through a crime scene.

In the sneak preview earlier this week, a high school band geek was “The Killer,” and a popular science teacher was “The Victim.” It was impossible to figure out why the student would kill the teacher, and that’s where a witty, brassy, earthy, flirty detective came in handy.