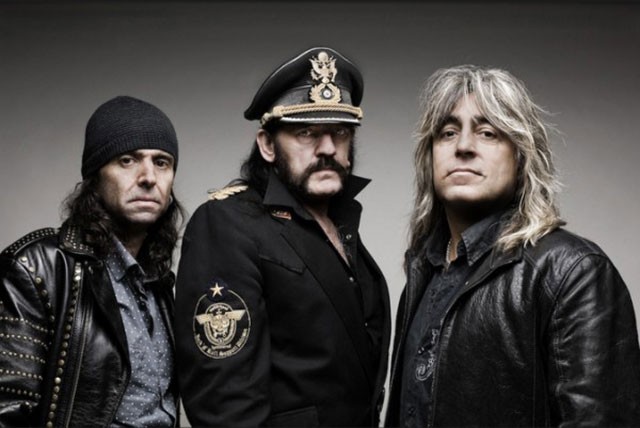 Motörhead has become such a tidal force in the world of hard rock that it’s hard to imagine life without them. Lemmy may have given us all a scary glimpse at his mortality after a recent health scare, but aside from shortening one leg of their most recent tour, it hasn’t slowed the band down at all: their new album, Aftershock, is the latest in a string of successes they’ve achieved since they began working with producer Cameron Webb a decade ago. The formula never strays far from the Motörhead template; Lemmy (in fine form here vocally, all things considered) is still one to dance with the horse that brung him. But the first two singles—“Going to Mexico”, a churning pseudo-sequel to “Going to Brazil,” and the powerful “End of Time” — are powerful entries to the band’s 21st latter-day catalogue, and there are a few ragers like “Keep Your Powder Dry” and “Coup de Grace” to make up for average mid-tempo filler like “Lost Woman Blues” and “Dust and Glass.” Motörhead is the ultimate accept-no-substitutes band; they only do one thing, but they do it better than anyone else.