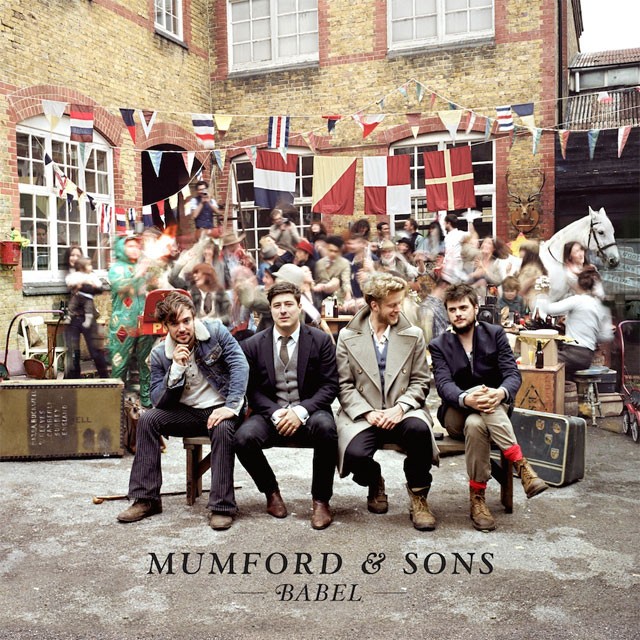 First, some numbers. Since its release in 2009, Mumford & Sons’ debut Sigh No More has moved 2.4 million copies in the U.S. These are Bieber numbers, certainly not the kind of thing bands with banjo players and fondness for 19th century bowlers do. No one seems more surprised by this than Marcus Mumford and his band of lovable folkers, and the signs are all over their follow-up Babel. It tries with stubborn resolve to capture lightning in a bottle again, mixing the same ingredients (read: same formulaic build/release song structure, same generically “deep” lyrical themes) over and over again hoping to concoct another hit. It occasionally succeeds (“I Will Wait,” “Babel”), probably a strong enough batting average to ensure it will sell a gazillion copies. Otherwise Babel is about as interesting as a record made of 80 percent filler sounds.