Mummies of the World at the Witte Museum 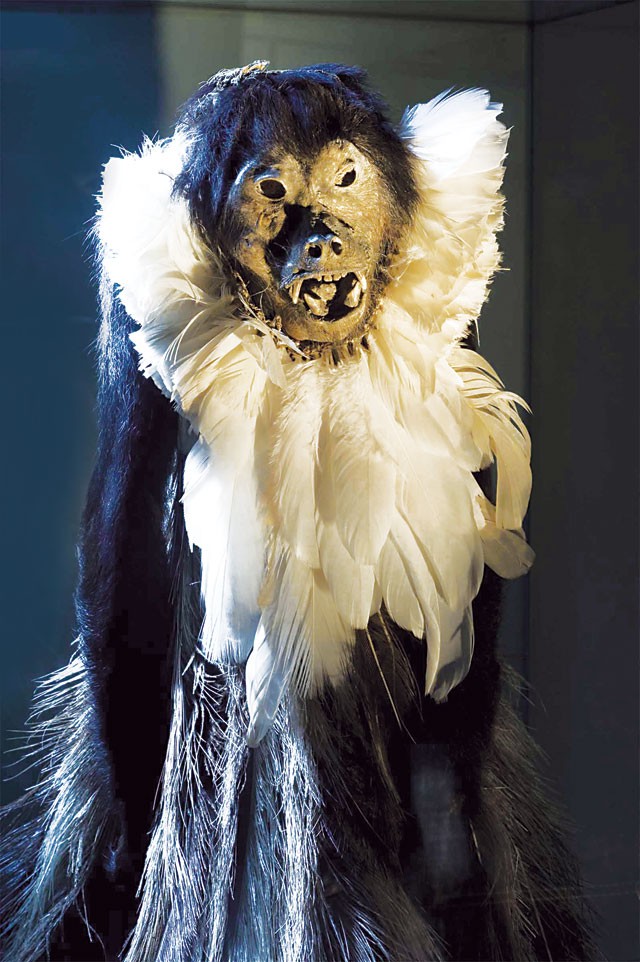 What is it about kids and mummies? Maybe it's sheer exoticism, ghoulish delight, or their strange similarity to the familiar name for mother, but there's no denying that children are fascinated by the wrapped remains associated with the glory days of the Egyptian pharaohs. To whet that appetite, kids of all ages can see over 50 mummies in the break-through traveling exhibition "Mummies of the World," on view at the Witte Museum through January 27.

Mummies have been a staple of horror movies since Boris Karloff played the revived Egyptian priest Imhotep in 1932's The Mummy, reprised by Brendan Fraser in the 1999 blockbuster of the same name. The tale has its basis in media stories of "the mummy's curse" associated with the 1922 discovery of the 3,000-year-old tomb of King Tut in the Egyptian desert. Sponsored by England's Lord Carnarvon, who died of blood poisoning shortly after the discovery, only six members of the 26 person archeological expedition died within the decade. Howard Carter, the leader of the group (and the most likely target for an enraged mummy), lived until 1936. But the "curse" label took — mummies brought back from the dead have become an enduring trope, and though now seeing serious competition from zombies, they seem destined to gallop their way through many more films and horror stories.

But reality is, as they say, stranger (or at least, more complicated) than fiction.

Commonly associated with Egypt, mummies have been found around the globe.

"Mummies of the World" presents over 50 human and animal mummies from Europe, Africa, Asia, South Pacific, South America — and ancient Egypt. The mummies on display are real artifacts, not plastic resin mock-ups. Skin and bits of hair and soft tissue, including muscle, are still preserved. Ranging from hundreds to thousands of years in age, the collection includes the mummified remains of a child from 6,400 years ago; a dog found in a peat bog; a German baron from the 17th century, and our favorite — a Howler monkey from Argentina wearing (for some unknown reason) a feathered skirt and boa.

The traveling exhibition was inspired by the 2004 find of 20 human mummies in the basement of the Reiss-Engelhorn Museums in Mannheim, Germany — a macabre collection that once belonged to the artist Gabriel von Max (1840-1915). Thought to have been lost during the Second World War, their discovery prompted new studies on mummification — both intentional, and accidental. Known as the German Mummy Project, it is collaboration between 21 museums and collections in seven countries.

Using non-invasive research methods such as CAT scans, X-rays, and carbon dating, the project has led to new understandings of not only how the people (and animals) died and what diseases and injuries they had, but what their life was like — how long they lived, what their general health was, and what food they ate. By looking at the past, we can learn more about where we came from, and how differences in environment and culture — including diet, shelter, and climate, led to today's diversity of life ways.

Mummies are created both intentionally and through accident. The key needs to block decay are that the body's exposure to moisture and oxygen be limited. Ancient Egyptians removed organs, and embalmed bodies with resins and chemicals, and then wrapped them with cloth.

But mummies have, with more luck than science, been made in the Andes of South America, where remains left high in mountains have become mummified in the desert climate; in Europe, buried in peat bogs, and in desert sands around the world, salt also preserves.

To date, over 45,000 have seen the exhibition at the Witte, and over 800,000 visitors overall since beginning of the tour in 2010. Reservations are highly recommended.

Mummies of the World