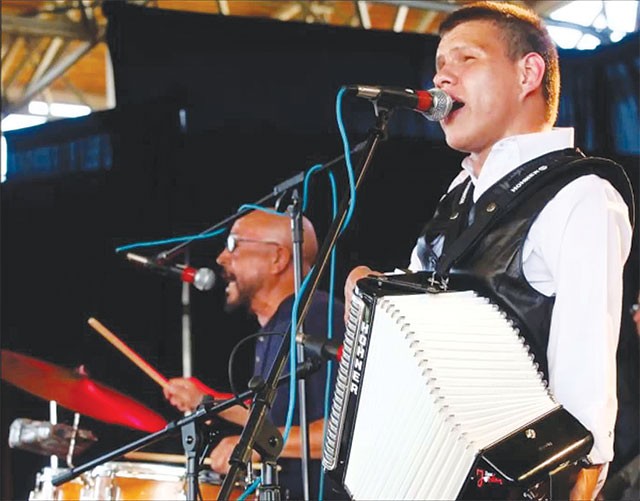 For the Current’s first-ever event organized in conjunction with the historic Teatro Guadalupe, three young but well-established bands and a 24-year-old veteran some consider a genius will co-headline the Current’s Latin alternative night. Here they are:

Los Nahuatlatos: “We fuse everything,” is the band’s motto. And they do, with a stirring blend of huapango, skajunto (ska and conjunto, duh), hip hop cumbia, surfer polka rock, bolero and reggae. Mexican-Americans the way I like them: socially conscious, proudly calling themselves Xicanos and honoring both contemporary sounds as well as those favored by their parents.

Jai Roots & the Herb-N-Café Project: You may have seen him at Luna or Carmen’s de la Calle, solo or performing with Maya Guirao. Or perhaps you were lucky enough to see the Jai, Azul & Maya trio. Born in Frederiksted, St. Croix (a small island in the U.S. Virgin Islands) Jai seems to have absorbed every sound and accent he’s ever heard, and his music is continually changing. Catch his explosive blend of hip-hop, reggae and World music now, before he comes up with who knows what.

Los De Esta Noche: The first time I saw them at Saluté (remember Saluté?) they were a promising Latin fusion band. The last time, opening for Molotov at the Korova, they surprised me with a vastly improved, mean metal-punk-cumbia-ska power trip topped by Julio López’s fierce primal screams.

Juanito Castillo: Full disclosure—I was first blown away by this blind-from-birth kid when he was 17 (2004), and that’s why my wife and I have been filming him for a documentary now in post-production. Castillo learned the accordion from Bene Medina, and the great Esteban “El Parche” Jordan reportedly said “he’s the only one who can play like me.” But he’s also his own man and is mostly self-taught in 14 instruments. At the Guadalupe, he’ll be playing a squeezebox over tracks he previously recorded himself. Expect conjunto jazz with plenty of killer solos.