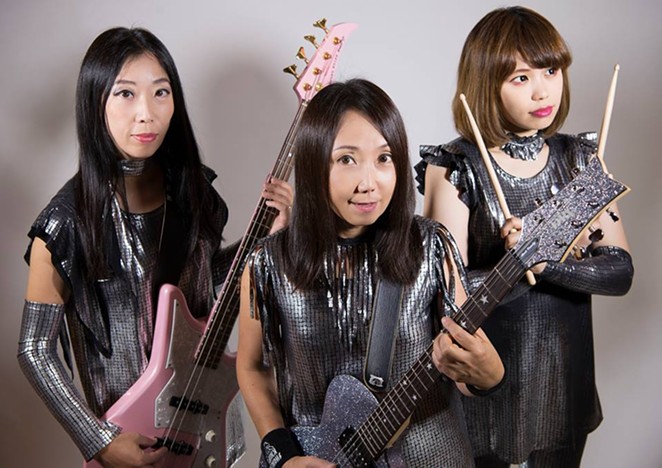 Forming in Osaka, Japan at the end of 1981, Shonen Knife ignored the rising popularity of J-pop and gravitated toward writing music that was high-energy and heavily influenced by ‘60s rock, which ended up securing them a spot as opening act for Nirvana on the Nevermind tour. In a 1993 interview with Rolling Stone, guitarist and vocalist Naoko Yamano said that when Kurt Cobain initially asked about touring with the band, she didn’t know who they were. So she went to the record store, bought some Nirvana, saw their appearance and… “They looked a little bit wild and dirty.” They were reportedly even a little afraid of the grunge kings until Dave Grohl helped set up their drums and Kurt Cobain made Yamano a PB&J.  Besides touring with one of the most influential rock bands of all time, the Japanese trio have been credited with opening the door for more international acts to break into the American circuits.  With 22 albums of solid Ramones-esque punk under their belt, Shonen Knife prove that they’re as sharp as they were when they first started cutting up audiences with their live performances over 35 years ago. 8pm, $13-$15, The Korova 107. E Martin St. — CC