Thu 11/9
Havana Hi-Fi with DJ Steven Lee MoyaEvery Thursday at Hotel Havana, DJ Steven Lee Moya presents Havana Hi-Fi — an evening exploring the wide and diverse musical world of Afrocentric rhythms. According to the DJ it’s “where Fela Kuti meets James Brown.” Guests can expect afro-latin jazz, afrofunk, afrobeat, afro-brazilian and all things exotica during his weekly, three-hour excursion. Known by many as one of San Antonio’s high profile experts in all things lounge, Moya curates his sets with the same precision as his fashion flare — with class and sophistication. For six years strong, it’s been afro-cool vibes, cocktails, bites, and ambiance at Havana Hi-Fi, perfect for a date night or a swanky cocktail outing with the crew. Free, 8-11pm, Hotel Havana Bar, 1015 Navarro St., (210) 222-2008, havanasanantonio.com. – JJ Lopez 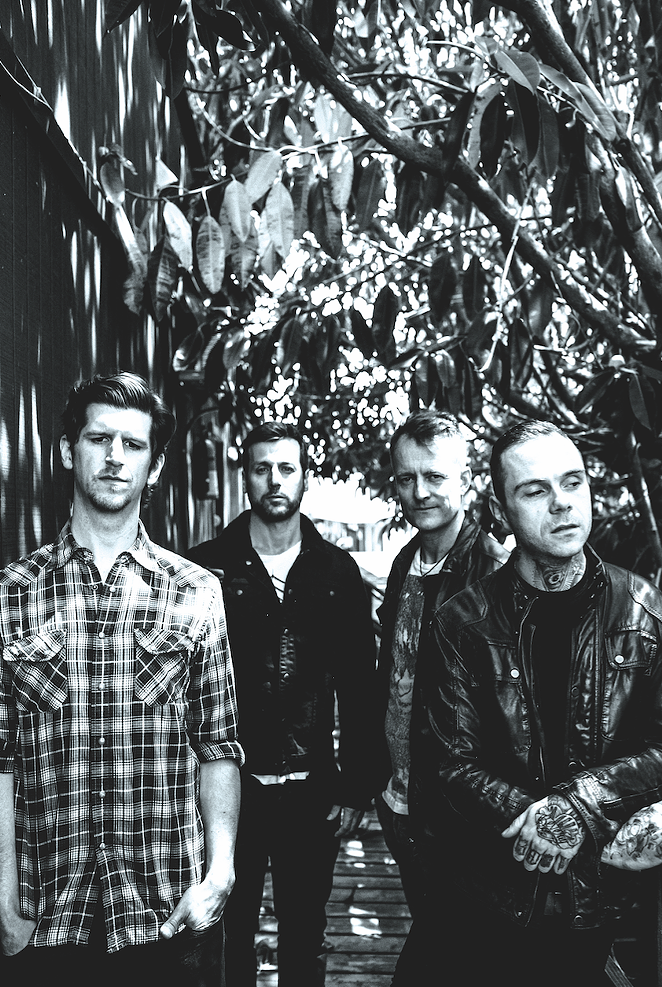 Thu 11/9
Sadistik
As mumble rap and trap rap continues to survive without their artists actually rapping, folks in the underground and alternative rap communities across the planet continue to write bars and hold sacred the true art form of hip-hop, you know, writing lyrics. Seattle’s Sadistik is one of these rappers. “Chemical Burns,” a track that came out in 2014, which features the late rapper Eyedea, is probably the best example of Sadistik’s honest lyricism and skill level as a rapper as the track is in 6/8 time – a tough time signature for most lesser MCs. “Less that you know, the less that you feel / I’m cursed with intelligence I can’t heal / kneel, kill, death to the bourgeois / proletariat with the new song / noose on a bony neck / loneliness, opiate and a bruised jaw.” With Nacho Picasso, Rafael Vigilantics, Upgrade, $7-$12, 9pm, Limelight, 2718 N. St. Mary’s St., thelimelightsa.com. – CC

Fri 11/10
Ariel Pink
If you’re not familiar with the psycho-sexiness of Ariel Pink, you’re missing out on life. OK, maybe not life, but definitely an amazing artist who has some dope tracks and a stellar live show to bring those tracks to life. The artist’s expansive discography includes dreamy tracks like “Life in L.A.” off Worn Copy, to the experimental sounds of Thrash and Burn, to the poppy sounds of Pink’s most recent album, pom pom, and of course, a fan favorite, Before Today (technically Ariel Pink’s Haunted Graffiti, but still a classic). Former Current music editor Matt Stieb reviewed the 2015 show saying “Pink is a master of the skit, throwing voicemails and cell phone conversations into his Jeff Koons pop. For “Black Ballerina’s” strip club scene, Pink, the bikini-drummer and keyboard player Jorge Elbrecht traded off on lines, dropping gems like “Hi Billy, how do you like the number one strip club in L.A?” and “Uhh... I like your areolas baby” before returning to the body of the song.” You can guarantee to see us at this show for sure. $21.75, 8pm, Paper Tiger, 2410 N. St. Mary’s St., papertigersatx.com. – CC

Sat 11/11
Moon Tooth
Moon Tooth might be one of the most important up and coming metal acts of this generation. Combining heavy grooves with vocals reminiscent of ’90s alternative bands like, dare I say The Spin Doctors, and Gin Blossoms, Long Island’s Moon Tooth have a sound unlike any I’ve encountered in the endless realms of metal’s ever-expanding universe. It’s a return to the grooviness of nu-metal minus the corniness that the genre eventually evolved into. The guitars and drums dance back and forth in weird polyrhythms making for a weird blend of smart, sometimes thrash, groovy ass metal that absolutely should be listened to. With Husbandry, $12, 7pm, Alamo City Music Hall, 1305 E. Houston St., alamocitymusichall.com. – CC

Sun 11/12
Ministry
In the first of hopefully many shows to catch in SA from the tragic cancellation of Sound On Sound Fest, The Aztec Theatre has swooped up headlining industrial metal act Ministry. That’s right – good ‘ol Al Jourgensen (who’s now 59) and the boys are headed to the Alamo City on Sunday, November 12 to deliver their grinding industrial tracks to a city that’s been pretty supportive of the group since their rise to fame in the mid-’80s and early-’90s. And even with the continued lineup changes, the death of guitarist Mike Scaccia and Jourgensen’s battle with drug addiction (he’s been sober since checking into rehab earlier this year), Ministry is one of the few bands from industrial early-’90s peak that has continued to stay relevant. $29-$98, 7pm, The Aztec Theatre, 104 N. St. Mary’s St., (210) 812-4355, theaztectheatre.com. – CC

Tue 11/14
Lindsey Buckingham and Christine McVie
Fleetwood Mac fans hoping for new material from the seminal rock group will have to keep on waiting. In the meantime, perhaps we can content ourselves with the recently-released eponymous effort from Fleetwood Mac founding members Lindsey Buckingham and Christine McVie. While Stevie Nicks is always missed when she’s not there, Buckingham and McVie, with assists from other original members Mick Fleetwood and John McVie, certainly manage to conjure up something in the neighborhood of Fleetwood Mac’s gently rollicking, arty, pop-rock sound. In fact, the sessions for this album began as Fleetwood Mac sessions, before that plan was ditched due to Nicks’ focus on her solo work. After a successful summer tour behind the album, the 1970s rock icons are back out on the road and coming to town. For longtime fans and the curious alike, this promises to be a swell show — part looking back fondly, part celebrating a new era. $65-$115, 8pm, The Majestic, 224 E. Houston St., (210) 226-3333, majesticempire.com. – JC