'Nathan For You' Is the Best Comedy You're Not Watching 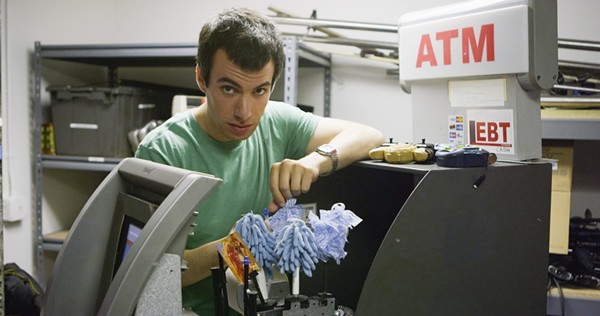 The premise behind Comedy Central's Nathan for You doesn't sound particularly funny. It's about a comedian with a business background who takes ideas to small companies to try to improve them. But, when you take a gifted comedian like Nathan Fielder and a perfect grasp on the absurd and subtle, a hilarious experience emerges.

Nathan for You wouldn't be as successful without some luck, which Fielder and company have enjoyed in their two seasons thus far. Though the show is somewhat structured, it is mostly improvised and utilizes real businesses. During these experiences, Fielder has run into eccentric people turned recurring characters, including a ball-busting PI, a security guard distracted by large breasts and perhaps best, a bizarre Bill Gates impersonator who not only barely strikes a resemblance to him, but knows absolutely nothing about computers and is regularly put on the spot by Fielder with hilarious results.

Fielder plays every idea completely straight, never breaking character. He excels at letting jokes play off of him and creating uncomfortable humor. His performances are often so understated that people are clueless to his sarcasm. Adding to the character is Fielder's portrayal of loneliness. Many segments end with the comedian uncomfortably asking business owners if they want to hang out with him. The camera lingers as his subjects awkwardly decline, fostering some gloriously squirmy moments.

At its core, Nathan for You faces a similar conundrum met by the work of Sacha Baron Cohen. The more under-the-radar it is, the less likely Fielder is to get recognized when filming and the easier it is to mess around with people. In order to keep that status, notoriety is sacrificed, which could lead to cancellation-worthy ratings. But Nathan for You is too brilliant to go unnoticed, and it'd be a disservice to ignore the funniest show on TV while it is still on the air.

Season 3 of Nathan for You premieres on October 15 on Comedy Central.