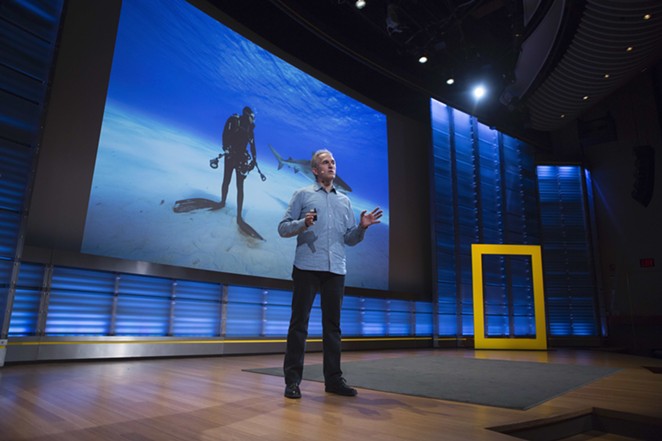 In honor of Earth Day, National Geographic Live is giving a free, behind-the-scenes look at the filming of Disney+ original series Secrets of the Whales, which debuts on the streaming service on April 22.

In this virtual event, National Geographic Explorer and Photographer Brian Skerry will host a live audience Q&A as well as share stories and visuals from his journey to guests.

Filmed over the course of three years in 24 locations, the docuseries follows the communication and social structures of five different species: orcas, humpbacks, belugas, narwhals and sperm whales.

A contributing photojournalist for Nat Geo since 1998, Skerry has produced multiple cover stories for the magazine and been awarded various titles such as National Geographic Society Photography Fellow in 2014 and Storytelling Fellow in 2017.