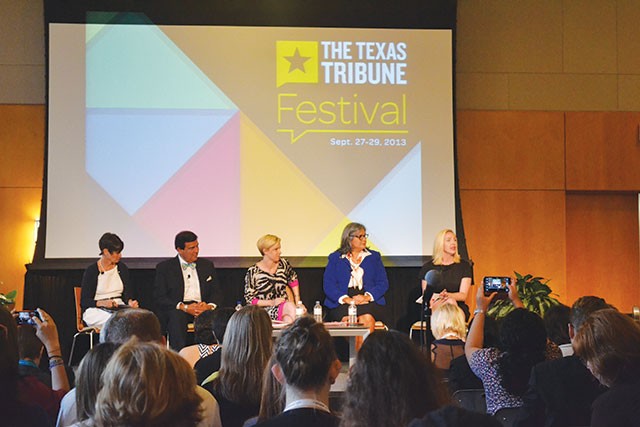 As anticipated, reproductive rights groups officially mounted their legal challenge to Texas’ controversial anti-abortion legislation last Friday, beginning what they call just the “latest chapter” in a “long fight” against the draconian law.

House Bill 2, signed into law by Gov. Rick Perry in July, drew thousands of citizen protestors and attracted nationwide attention to the conservative-led effort to restrict women’s health care in Texas. Taking to the grounds of the Capitol in protest, advocacy groups led an unprecedented effort to halt HB2 as it made its way through the Texas Legislature’s two specially called (and loophole-laden) sessions.

Now, reproductive freedom fighters are bringing the battle to the courtroom.

Jointly filed by Planned Parenthood Federation of America, the Center for Reproductive Rights, the American Civil Liberties Union and George Brothers Kincaid & Horton, a Texas-based law firm, the suit represents more than a dozen health care providers who consider the law harmful to their patients and unconstitutional.

Planned Parenthood v. Abbott will tackle two provisions within the omnibus bill: a requirement that compels physicians to secure admitting privileges to a hospital within 30 miles of where the abortion procedure is performed and restrictions that force women to follow outdated protocol when taking abortion-inducing drugs–conditions they describe that will have the “most immediate” and “far-reaching” impact on women’s health. Those restrictions take effect October 29; the plaintiffs hope to win (at least) a preliminary injunction before then.

The law “imposes medically unwarranted and burdensome requirements that will dramatically reduce access to abortion in Texas,” the plaintiffs write. Women living west of I-35 and east of El Paso will be removed from real access to abortions when the legislation is fully enacted, the suit warns. It would erase at least one-third of the state’s licensed abortion centers and wipe out access to the procedure in “vast stretches” of Texas including cities like Lubbock, Fort Worth, Waco, McAllen, Harlingen and Killeen, according to the advocacy groups.

Attorneys with the national branch of Planned Parenthood are representing centers all across Texas, including San Antonio. The Center for Reproductive Rights will act for Whole Woman’s Health centers, which has a clinic in San Antonio. They claim that if the medication aspect of the law is allowed to take effect, PP San Antonio will completely stop providing abortions at two of its three centers. The same goes for the Whole Woman’s Health center in SA, if physician admitting privileges are enforced.

Overall, the legislation is widely expected to shutter all but five abortion centers in the state due to onerous regulation that reproductive health leaders affirm are unnecessary, ideologically motivated and will not have the (supposedly) desired effect of creating a safe environment for women’s health, as the Current’s August 14 cover story previously reported.

“Any one of these restrictions would have a devastating impact across the state of Texas,” wrote Nancy Northup, president and CEO of the Center for Reproductive Rights, in a press release issued last Friday. “Together they would be catastrophic, making essential reproductive health care services for many Texans, especially poor and rural women, practically impossible to access.”

Northup continued, “Today’s lawsuit is a united strike back against the hostile politicians who have made clear their willingness to sacrifice the constitutional rights, health and even lives of Texas women in support of their extremist ideological agenda.”

Other requirements in the new law include forcing abortion centers to comply with the same standards as ambulatory surgical centers (scheduled to go into enforcement next September) and a provision that outlaws abortion after 20 weeks. When asked why those parts were absent from the challenge during a media teleconference last week, attorney Jim George replied, “you can only do so much at once.” The aspects of the law facing a court hearing are seen as more immediately problematic.

The groups point to legal victories against the admitting privileges requirement in Alabama, Mississippi, North Dakota and Wisconsin, and to state court rulings in North Dakota and Oklahoma that permanently struck down medication abortion restrictions on the basis of constitutionality. However, the Texas case may see greater friction in the path toward its own hopeful victory. If the injunction is granted and the state subsequently appeals, the suit would then travel to the notoriously conservative Fifth Circuit Court of Appeals, which has historically issued unfavorable rulings to reproductive rights advocates.

“We’re in court today to stop a terrible situation for women in Texas from getting even worse,” said Cecile Richards, president of Planned Parenthood Federation of America and daughter of late Gov. Ann Richards, last Friday.

“Politicians are interfering with the personal medical decisions of women who already have the least access to birth control and preventive health care. If this law goes into effect, there is no doubt it will end access to safe and legal abortion for many women, leaving some to resort to desperate and dangerous measures. We won’t let that happen,” pledged Richards.

Despite the claims by an overwhelming number of health leaders and professional medical organizations, anti-choice Texas legislators continue to argue the law helps women with little-to-no proof of how it would actually do so, leading Texans (and likely a few lawyers) to question the bill’s true intentions.

When state Sen. Donna Campbell (R-New Braunfels), an ardent anti-choice conservative and co-author the bill, asserted nothing in the law would shut down abortion clinics during a non-partisan panel session at last weekend’s Texas Tribune Festival, she was met with a roomful of boisterous laughter.

Again, while she strove to defend the bill as a means to improve health care and not for “political gain” the audience erupted in a wave of hearty chuckles.

The scene, which at times played out more like a satirical comedy sketch than a political panel, was anything but humorous. The attempt to restrict abortion access in the name of women’s health is apparently so thinly veiled, even the public can’t help but literally laugh in its face.