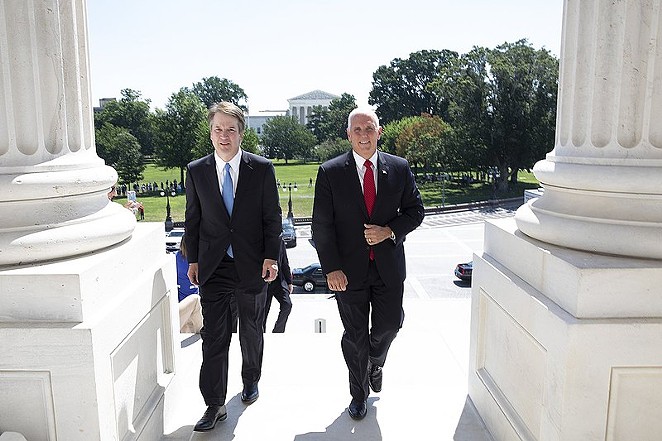 Nearly half of white evangelical Christians sampled in a new national poll said Brett Kavanaugh should be confirmed to the U.S. Supreme Court, even if the sexual assault charge by Christine Blasey Ford turns out to be true.

According to an NPR/PBS News Hour/Marist poll released this week, 48 percent of white evangelicals think the conservative judge should be approved to serve on the high court even if the charge is true. Thirty-six percent say he should not serve, while 16 percent say they're unsure.

That stands in sharp contrast to the way respondents as a whole see the potential outcome Thursday's hearings.

According to the poll, if the allegation that Kavanaugh pinned Ford to a bed and assaulted her during a high school party in the '80s is true, 59 percent of Americans said he should not be confirmed to the Supreme Court, while 29 percent said he should still be confirmed.

Exit polls in 2016 showed that about 80 percent of white evangelical Christians voted for President Trump, who appointed Kavanaugh.

The Christian right view Kavanaugh's confirmation as a way to cement a 5-4 conservative majority that could overturn Roe v. Wade and establish a “religious liberty” privilege that would make it easier to discriminate against LGBTQ people.