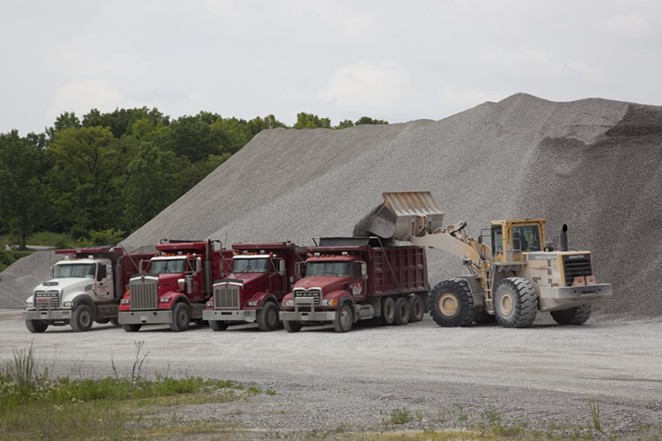 Citizen groups have sued to halt a proposed 1,500-acre limestone quarry in Comal County, saying the state of Texas should never have issued an air quality permit to the project.

The plaintiffs — Stop 3009 Vulcan Quarry and Friends of Dry Comal Creek — brought their suit against the Texas Commission on Environmental Quality on Friday in Travis County. They're asking the state to re-evaluate the permit, saying the agency ignored important environmental data and made legal errors when it approved the quarry in November.

Vulcan Materials plans to extract stone from ranch land at Texas 46 and FM 3009 near New Braunfels and operate a rock-crushing facility there. However, residents say the development poses environmental threats and will hurt property values.

"This proposed facility should be very concerning to residents of San Antonio and New Braunfels — and all two million people who depend on the Edwards Aquifer as their primary source of drinking water," said David Drewa, director of communications for Stop 3009 Vulcan Quarry, in a written statement.

The suit is the latest salvo in a legal battle that's gone on since June 2017, when Vulcan first submitted an application to operate the quarry.