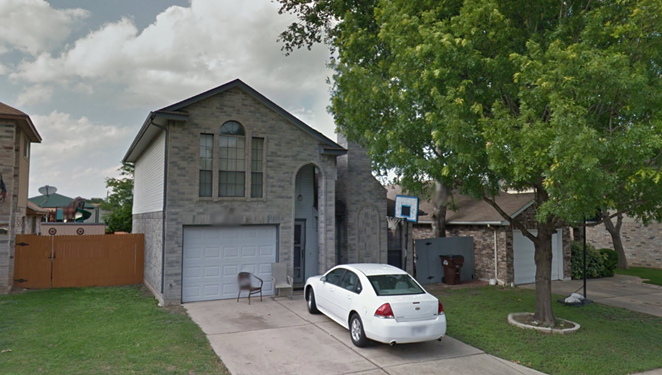 A San Antonio woman has been hospitalized after neighbors found her on fire from head to toe on Tuesday morning.

A witness, Stephanie Gamez, told the San Antonio Express-News that she pulled her car over after she saw a woman trapped in a garage at a home on Bald Mountain Drive. Gamez said it appeared that the woman was "blinded by smoke and fire" while trying to get out of the garage.

Gamez said she heard neighbors screaming for the victim to get out of the garage. The garage door was closed, but the fire had created an opening where the victim was eventually able to escape.

Gamez said the victim was screaming about demons attacking her.

The victim's neighbor, Rose Garcia, and her daughter told KSAT they helped the victim roll around on the ground to put out the flames.

Firefighters arrived at the West Bexar County home around 8 a.m. The victim, who has not been identified, was rushed to Brooke Army Medical Center with severe burns. Her current condition is not known at this time. The Bexar County Fire Department said the garage was completely engulfed in flames when they arrived, but were able to put the fire out before it spread to the rest of the home.

A neighbor told reporters that the victim had lived at the residence for more than a decade, but was trying to sell the home.

The fire is now being investigated by the Bexar County Fire Marshall's Office.