Neil deGrasse Tyson Takes Us Out Of This World 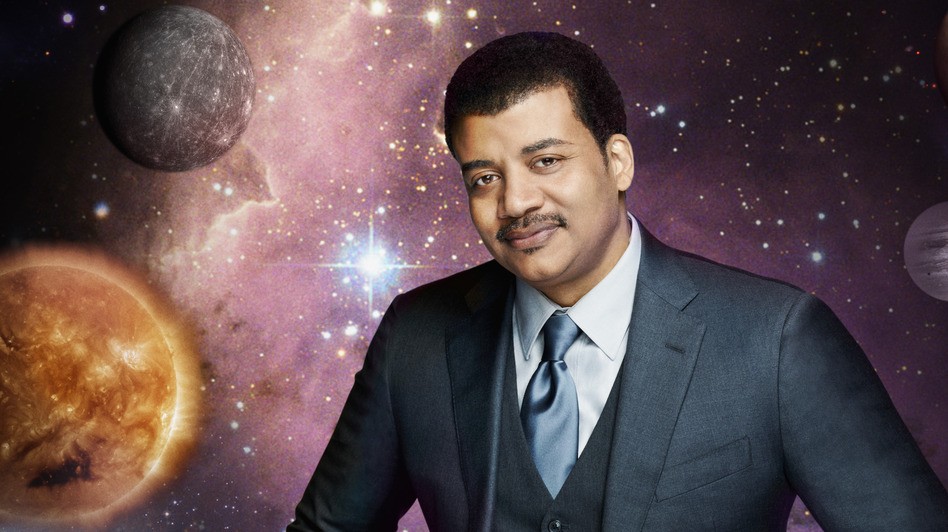 With his head in the clouds and hands on the budget, astrophysicist Neil deGrasse Tyson is one of the few American scientists commanding the attention of pop culture and the scientific journal. Speaking with a casual brilliance and a passion for education, Tyson advocates a focused effort and boosted tax dollars towards NASA to jumpstart the economy and recreate a "culture of innovation" in America.

On a practical level, how did the United States get to this point of low funding and manned missions only venturing out a few hundred miles into space?

I think the fact that we even lament that says that we don't remember why we ventured out in the first place. We ventured out in the first place because we were at war with the Soviet Union. They had launched Sputnik and we hadn't launched anything. Then we finally launched a satellite but then they launched and we didn't yet have a human-safe spacecraft. So they were ahead of us, pure and simple, on a frontier that involved innovations in science and technology. And this scared the hell out of us. And that motivated us to beat them to the moon, even though they beat us in practically everything leading up to the moon. They had more firsts than we did, until we got to the moon. So the motivation was all militaristically driven.

When it became clear that Russia was not going to the moon and, especially when peace broke out in 1989 after the Cold War, the force of motivation evaporated, practically overnight. So if you thought we went to the moon because we're explorers and discoverers and it's in our DNA, if you thought that, then when we abandoned further exploration, you would cry foul and say 'how could this happen? Are we missing leaders or political will?' And you'd start coming up with explanations. None of which would hold water in the face of why we went to the moon in the first place. I'm very practical minded about that. Yeah, I wish we were farther. But it's clear that the strongest motivating factor is gone. To accomplish these goals, some other force has to be operating on our will in order to make it happen.

Is it possible to achieve what you've called the 'culture of innovation' without a nationalist bent, without feeling behind the curve to China?

That's an excellent question. That's clearly a motivator, the question is, is it the only motivator? And by my read of history, yes, war is the top motivator. But a close second is economics, the promise of economic return. So it seems to me, one could make a very strong case, for just that, for why we should go into space. People think, 'oh is it about spinoffs?' It's not even about spinoffs [water filters, scratch-resistant lenses and a heap of computing innovations come from NASA]. Yes, there will be spinoffs. But that's not the primary return on that investment. My read of history tells me that when you engage in such activities, the culture of exploration permeates the land.

When every week there's a new headline — this is what we discovered on one of Mars' moons or on an asteroid or on a comet — then it changes how you think of your life from day to day. You realize that there are discoveries being made and there's a frontier being breached. And the discoveries are fascinating. So you build a culture of exploration and you know explicitly, if not implicitly, that innovation in science and technology is what brings you these discoveries. So you stimulate innovation in science and technology across your entire culture. And it manifests in many ways. Some of it goes directly to space, others are in all manner of innovative solutions to problems. And this can have a profound impact on the health of the economy and the wealth of its citizens.

It seems so frustrating that our greatest manned work done in space was when the most revolutionary computer couldn't hang with an iPad.

Exactly. It could barely hang with a singing birthday card. You open those up, there's a little chip in there that sings a song. That takes computing power.

Since you've been on a mission to increase science literacy and awareness, what are some of the successes that you've seen?

So I don't think of it as a mission. I know it looks that way. But I don't think of it that way. I think of it as I'm home minding my own business and someone calls. And I come when called. And in that regard, I'm more of a servant of people's interest, rather than on a mission statement. I'm not knocking on your door or creating a call chain. I'm not soliciting money, I'm not running for office, there's no mission here. I get asked to give talks and I oblige. And when I give talks, I comment on what the country looks like to me as an educator and a scientist. I see certain things slowing down. I see the absence of certain levels of scientific and engineering creativity. I see other countries investing in just that way. I see other countries leading in certain products that they now play the song and we must dance to their tune. It's an unfamiliar posture for Americans. Especially coming out of the 20th century. So maybe we have to fall lower before we resurrect ourselves.

Is that exciting to you, that we might be dancing to their tune?

As a scientist, I don't care who does the work as long as it gets done. But as an American, and one who saw the 20th century unfold — not the first half, of course, but the second half — I would rather the United States did it.

Is it patriotic? Is it nationalist? I don't know what the word is. I prefer that we did it, because I know that we could have done it. Because I know we did do it. Now, it's crossing the pond as they say, crossing the Atlantic Ocean and in some cases reaching the far east.

How does taking a step back to the level of the solar system help us to understand the threat and importance of global warming?

I think that any effort to understand Earth as a system brings you to a deeper understanding of threats to that system. Be it a rise in temperature, rise in sea levels, rise in carbon dioxide. If you have a global understanding of it, then you can possibly come up with a global solution. Very few solutions to large problems come about from one narrow outlook.

Growing up in the '60s, when people cared about pollution, it was a very local phenomenon. It was 'clean the street,' or 'we have air pollution in this city.' But nobody was thinking, as Carl Sagan beautifully said, "air does not carry a passport." Air molecules can go wherever they want, that's true with water molecules as well.' So if you think your solution is only local, you're missing out on a much larger foundation.

Once you start getting images of the entire Earth from space, like the Apollo 8 Moon Earthrise image, and other images of Earth at a distance where it doesn't reveal color-coded boundaries, then you take a very different perspective. I would say a cosmic perspective, that thinks of Earth as a system of systems. As a planet, rather than as something that happens to be below your feet.

What do you think the greatest mystery in space right now is?

So in the words of Donald Rumsfeld, an unknown unknown?

I guess so, yes. An unknown unknown. Those to me are the most interesting questions. It's a little bit of a cop out because that means I don't have an answer to the question 'cause I don't even know what the question is yet.

I would say the search for life, even in our own solar system. How do you go from organic molecules to self-replicating organic life. That's a huge frontier. Because this can happen in space, it's piqued the interest of astrophysicists as well, not just biologists.

For your TV show, Cosmos: A Spacetime Odyssey, what percentage of your audience is stoners geeking out about space?

I would say half. Half are already there, so they're just enjoying the show. The other half, it may be there first exposure to science in a big way. You get numbers that large because it aired on Fox in prime time on a Sunday night. You can't get better placement than that. Especially when you look at other things that Cosmos is up against, like Game of Thrones. Very strongly watched pop culture items. So it's a success, and about half of that is in its placement. Because it's on Fox, I think you get the other half of the demographic, not knowing that they like science, or better yet, knew that they didn't like science.

Do you have a favorite space movie?

Top Gun [laughs]. No not Top Gun. It's a toss up between The Matrix, Contact and Deep Impact.

How can people that love science or space, but have no practical ability in it, contribute to make sure that positive momentum is happening?

That's an awesome question, especially the notion that you need positive momentum here. I think you shouldn't approach science as something that you need to learn every bit of. That's unrealistic, you'd have to go back to school for that. But if you're a casual TV watcher or book buyer or magazine reader, then you have some fluency. If you go to a bar, and someone starts talking about their horoscope, you're in a position to tell them and demonstrate to them why their belief system is deeply flawed.

This last one is just for me. I've never been able to get my hands on dark matter. Break it down. What is it? What will its importance be?

You haven't been able to get your hands around it 'cause nobody knows what it is. There's nothing wrong with you 'cause you can't get your hands around it. It's misnamed, it should really be called dark gravity. But it neither absorbs nor admits light in any way. It's completely dark. About 85% of all the gravity in the universe is traceable to this stuff.