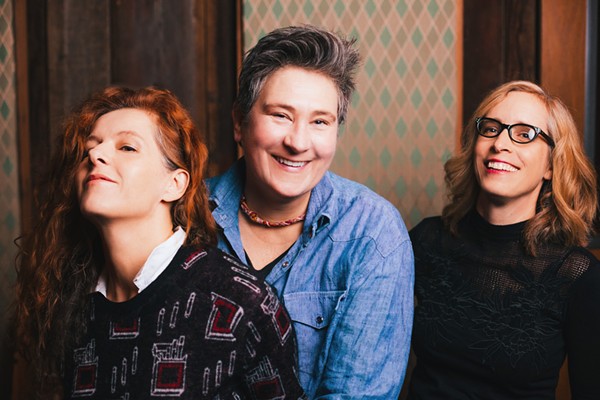 The formidable talents: the Canadian pop-country crooner, the reigning, red-headed queen of southern, Steinbeckian romance and one of Portland's many incredible and hardworking, folk chanteuses will be teaming up for a record and coinciding tour this summer.

case/lang/veirs, set to be released by Anti- Records on June 17, is the brainchild of lang, who sent an email to the other two singer-songwriters stating, simply, "I think we should make a record together." To which Case and Veirs both responded immediately, Case recalling, "There was no question." The album, which was recorded in Case and Veirs' hometown of Portland will feature fourteen new, original tracks written by the artists over a period of two-and-a-half years. It was recorded in Veirs dining room, backyard studio and lang's loft, complete with a breathtaking view of Mt. St. Helens.

The trio is scheduled to play the Tobin Center August 2 and tickets for the "case/lang/veirs Tour" go on sale Friday, March 4 at 10am.

In anticipation of the record, Anti- just today released the first single from the record, "Atomic Number."