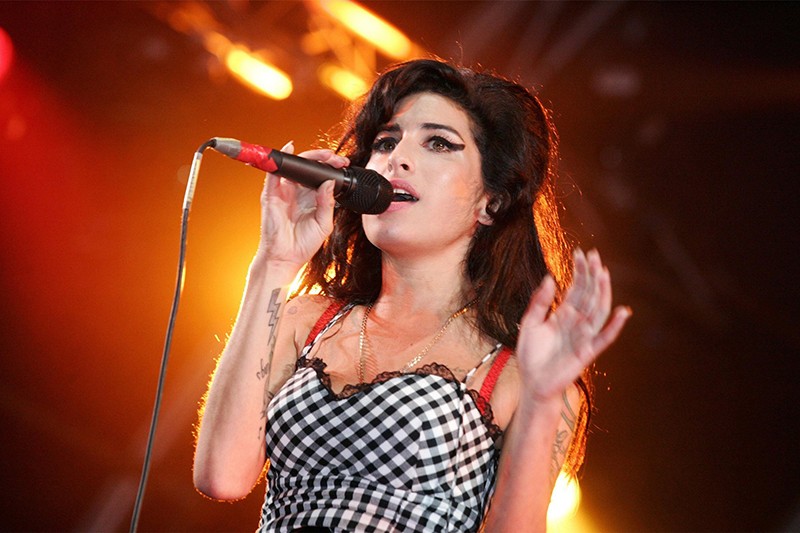 Although largely eschewed by influential masters like Frederick Wiseman and the Maysles brothers, the talking head interview has come to dominate the documentary genre, especially in this post-Michael Moore age of the activist doc.

It's an easy narrative crutch, basically the same straight-to-camera explication technique used by every single reality show and it generally leads to a lot of coarse and self-serving generalizations. This pedantic practice has become especially prevalent in the rock doc subgenre, with critics and contemporaries and acolytes often called upon by the film to testify to the "importance" of its own subject. In the opening moments of the Kathleen Hanna documentary The Punk Singer, for example, a talking head assures us that Bikini Kill is indeed "the best band of all time." Bikini Kill.

In recent years, however, a mini-backlash has formed and a lot of documentary filmmakers have begun phasing out static talking heads in favor of more inventive storytelling approaches. Already this year, we've seen the thought-provoking vérité of Amanda Wilder's Approaching the Elephant and the multimedia collage of Brett Morgen's Kurt Cobain: Montage of Heck, which used the Nirvana singer's notebooks, sound recordings and home movies to provide context and meaning to his life.

Asif Kapadia's Amy, a heartbreaking documentary about the self-destructive chanteuse Amy Winehouse, takes an approach that's similar both to Montage of Heck and to Kapadia's previous film Senna. Kapadia constructs Amy almost entirely from existing footage, fleshing it out further with audio testimony from the people closest to her, largely allowing Winehouse's words and lyrics to tell her own tragic life story.

Viewers who only know Amy Winehouse as the miserable, makeup-smeared, drug-stained trainwreck of her final years will be shocked to see her as a fresh-faced, exuberant teenager in love with making music.

Amy follows Winehouse from her early days as an out-of-time jazz singer through her extended "troubled ingénue" period and finally to her breakthrough superstardom and long public meltdown. Through it all, Winehouse's lyrics serve as her voice, brutally sardonic autobiographical outlets for her demons and desires that ring true right down to the part in "Rehab" where her father talks her out of kicking drugs (on an obviously related note, Winehouse's father Mitch has condemned the film). Kapadia crafts a portrait of a fragile soul with a brash and outwardly confident personality, one that masked a self-loathing and vulnerability that was left easily exploited by her own inner circle.

"I don't think I could handle it," says a teenage Winehouse to an interviewer who questions her about celebrity and yet the extremely personable and preternaturally gifted singer was on a collision course with stardom from the very beginning. She became as well known for her outsized personal style — tattoos, enormous bouffant, exaggerated eye makeup — and offstage antics as for her music, but there was always a strong confessional voice to her songwriting that instantly connected with people.

Once her 2006 song "Rehab" became a breakthrough hit, however, things went downhill fast. An already prolific partyer, Winehouse retreated from the flashbulbs and roaring crowds by using hard drugs with her boyfriend and eventual husband Blake Fielder-Civil (they became crack addicts as soon as they returned from their honeymoon), becoming a magnet for paparazzi and beginning a cycle of rehab and remission that played out in the public eye.

It's tempting to pit Amy and Montage of Heck against each other, not only because of their similar construction, but because of their similar subjects. Although they had different musical backgrounds, both Cobain and Winehouse grew up poor, were haunted by the trauma of their parents' divorce, had a tortured relationship with fame, descended into drugs and toxic personal relationships and died at 27. But where Montage of Heck scoops the meat out of Cobain's tortured psyche, at times portraying him as not just filled with demons but genuinely demonic, Amy is more content to paint a simple picture of a troubled girl who got too famous too fast. Although Amy isn't quite the daring and dispiriting triumph of Montage of Heck, it's still an extremely powerful and emotionally resonant work and a stirring testimony to the unique talent and unrealized potential of Amy Winehouse.