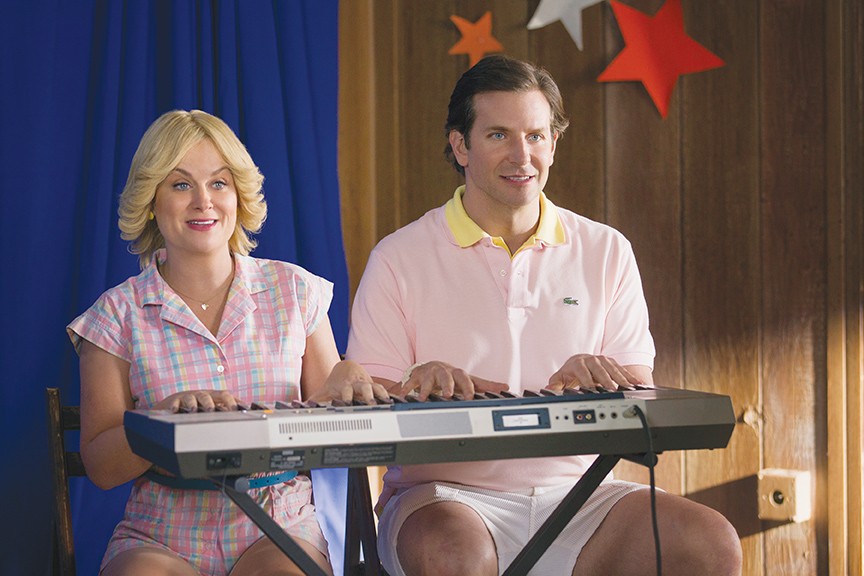 As Netflix continues to become a major player in the original content game, shows like Orange Is the New Black have displayed how material created exclusively for Netflix can receive critical acclaim.

Netflix has also brought about another phenomenon: resurrecting shows from the grave. Netflix has stepped in to save shows from cancellation like The Killing and brought back old classics due to audience demand like Arrested Development. So, why not take a nearly 15-year-old cult classic comedy film with a star-studded cast and give them eight episodes with which to toy around?

After a miniscule theatrical release and poor reviews from critics, the popularity of the absurdist Wet Hot American Summer came much after its 2001 release. As director David Wain's first film after co-creating the mid-90's MTV sketch comedy show The State, it likely garnered attention with its insane comedic cast, including Bradley Cooper, Paul Rudd, Amy Poehler and Elizabeth Banks before they hit it big.

Perhaps even more impressive is that Wain was able to wrangle nearly every actor from the original effort into this new series, as well as a vast array of new faces. (Someone like Jason Schwartzman is a natural fit for Wain's style of comedy, while Josh Charles doesn't fare as well.)

Of course, the inherent problem in reuniting a large ensemble of actors who are considerably more famous than when the initial project came out is that they are busier and thus harder to corral. With such a vast ensemble, multiple characters with ongoing storylines in First Day of Camp can vanish for episodes at a time, leaving whatever plot was started wide open.

The best parts of this series are the introductions to the characters and how they compare to where we see them in the film. Rudd's Andy (sorry, but the anachronistic age jokes don't work for a guy who hasn't aged since 1995) makes a particularly hilarious entrance as he flings himself off of a motorcycle — frankly, pretty much everything Rudd does in the series is fantastic. Once we move out of introductions though, the humor turns inconsistent and the episodes become a little bit strained. Plotlines such as a toxic waste dump and a focus on new campers aren't particularly fruitful narrative additions, either.

Like the film version, the humor of First Day of Camp is an acquired taste, which is to say that it is completely goofy and often downright dumb. Though there are plenty of new quotable lines for fans to enjoy — Rudd's "I'll fart my way into that snatch" seems like a worthy contender — it's unlikely they will be blown away. At least they should be moderately satisfied by this return to Camp Firewood.