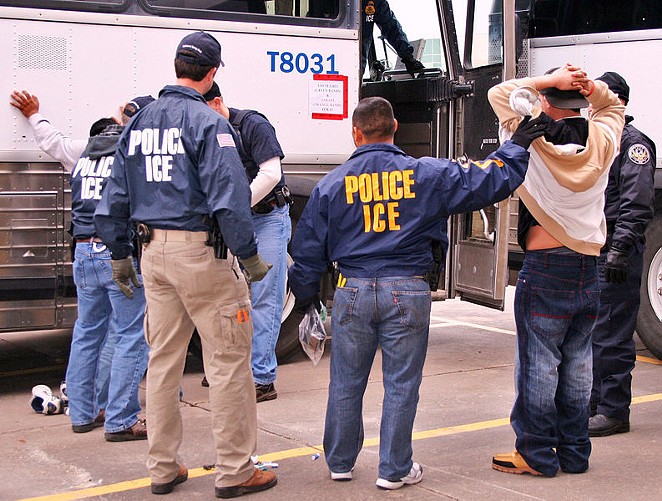 While California pushed back at the Trump administration's immigration crackdown, a new study shows that the Lone Star State stepped up as a willing — some might say eager — partner.

The year-long investigation by the Washington-based Migration Policy Institute looked at Immigration and Customs Enforcement activity in 15 jurisdictions, including Houston, and found Texas officials among the nation's most cooperative in turning over suspects.

Between Jan. 20 and May 4, 2017, the number of people handed over to by Harris County jails was up 60 percent from the same period a year earlier.

The study also parsed compliance stats for the 25 counties with the most ICE detainer requests — Bexar County among them. Bexar officials complied with every detainer request from ICE, according to the data, while Travis County (where Austin is located) declined 130 and Los Angeles County declined 161.

California's policies limiting ICE cooperation provided a "significant brake on enforcement" during the Trump administration's roundup efforts, the study says. On the other hand, measures such as Texas' controversial SB4, which bans sanctuary cities, are clearing the path for more ICE cooperation in other states.

“Sanctuary policies are protecting thousands from deportation and frustrating the Trump administration’s ability to deliver on its promises of stricter enforcement,” said report author Randy Capps in a written statement. “But the deeper story is one of growing enforcement disparities.”