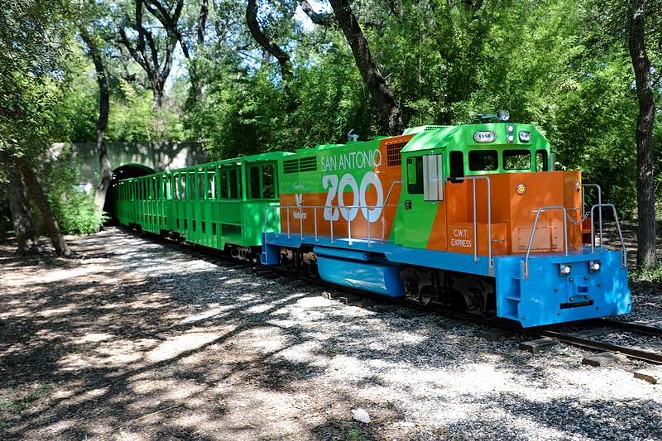 The first of three new locomotives has arrived at the San Antonio Zoo, replacing older, beloved trains that carried passengers through Brackenridge Park since the 1980s, TV station KSAT reports.

The first of the new trains embarked on its maiden voyage Monday morning. Zoo officials told KSAT that the older models will remain in operation until all three, newly commissioned rides are fully running.

“The new trains are more powerful than the old trains and will allow for a smoother and more consistent ride,” San Antonio Zoo spokesperson Hope Roth told KSAT. “There will also be a better sound system and PA system on board.”

The Brackenridge Eagle Miniature Railroad opened in 1956. Now known as the San Antonio Zoo Train, locomotives operate on the track, which takes riders on a 20-minute tour through Brackenridge Park.

San Antonio Zoo officials told the TV station they plan to make an announcement when the current trains will be retired from service, giving everyone a chance to take at least one last trip.