New Season Of 'Orange Is The New Black' Prompts Speculation 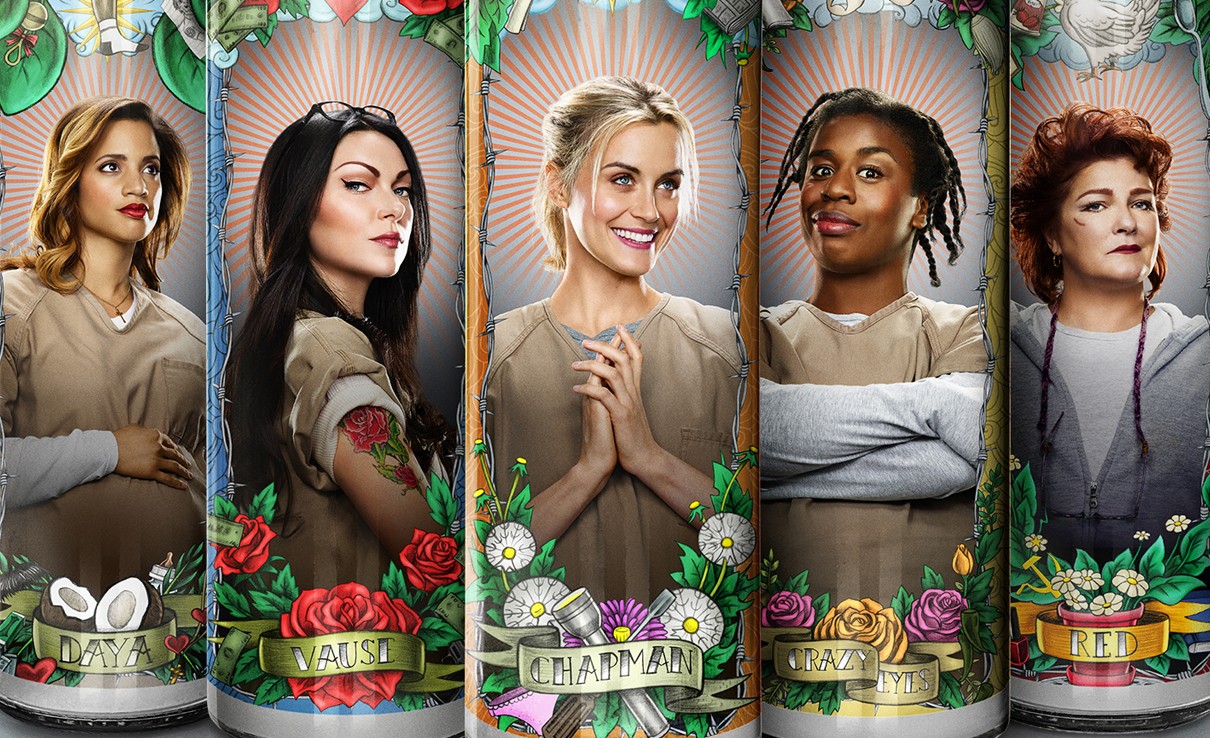 Everyone's favorite low-security inmates have their own hierarchy within their prison ecosystem, but what's likely to be on viewers' minds when it comes to the mysteriously shrouded third season: Who will run the cell block this season?

When Orange Is the New Black kicked off in 2013, Red (Kate Mulgrew) called the shots as the kitchen overlord and master smuggler. But, of course, that all changed when bully Vee (Lorraine Toussaint) came into the picture in season two and rattled everyone's cages.

Last season ended with Vee presumably escaping, which could mean that series creator Jenji Kohan is cooking up a second coming of Red this season, especially given that she's a fan favorite and it'd give writers a chance to push viewers' buttons while they sit slackjaw and stream through the whole season in one sitting.

But it could make things a little more interesting if Piper Chapman (Taylor Schilling), without a hubby to manipulate (sayonara, Jason Biggs!), mutates further and fills that brutish void to manage one of the most monstrous character arcs yet.

With Alex Vause (Laura Prepon) back behind bars, Chapman's manipulations are already turned up a notch from the bratty flashbacks we saw of her unwitting criminal past. Now without her little mouse of a hubby on the line to toy with, she's without conflict to explore her feelings for Vause and as anyone who's been spurned could solemnly swear, that kind of fixation can breed a whole new beast.

Other contenders are much less likely. Lea DeLaria's Big Boo is ultimately too gentle (we'll probably find out she's in lockdown for stealing hearts). Knowing Vause, she will likely take a page from the mute-maven Norma (Annie Golden) and sulk back to giving Chapman the silent treatment for half the season. And unless some kind of higher force intervenes, Taryn Manning's Pennsatucky is probably too nutty to inspire a legit following and too impulsive to match the maneuvers Red and Vee measured out so patiently.

It's really too bad that Mary Steenburgen's new character won't be an inmate, or else we'd lift an eyebrow to consider her as one of the prison's prevailing whackjobs next season. Instead, she'll be wrapped up in the gooey baby drama as Pornstache's mom. Maybe when she finds out it was the one-legged man who did it, she'll shiv Daya and we'll be done with the obligatory "Who's the daddy?" snooze of a plotline.