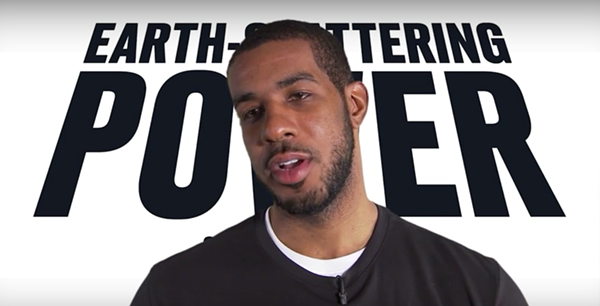 A 34-second snippet from a SLAM Magazine interview with LaMarcus Aldridge revealed one of the most unlikely string of words I've heard in a while.

"I'm in the process of building a separate house behind my house just for shoes, like a showroom. So, you know, that'll be cool," Aldridge says.

Aldridge, who says he has "crazy shoes right now," is kind of a badass.

Here's a breakdown on the forward from NBA writers.

In 2014-15, Aldridge recorded 31 games with 20-or-more points and 10-or-more rebounds (third in NBA). He finished the season as one of only three players (DeMarcus Cousins, Anthony Davis) to be ranked in the NBA's Top-10 in both scoring (7th) and rebounding (T-8th). The Texas native led the NBA in field goals made last season (659) and his 39 double-doubles ranked ninth in the NBA. Aldridge is the only player in the league to average at least 23.0 points and 10.0 rebounds in each of the last two seasons.


I can't wait to see Aldridge in an HEB commercial, maybe shot in his tiny shoe house when it's complete?