New Study Confirms What We Already Knew: S.A. Knows How to Have Fun 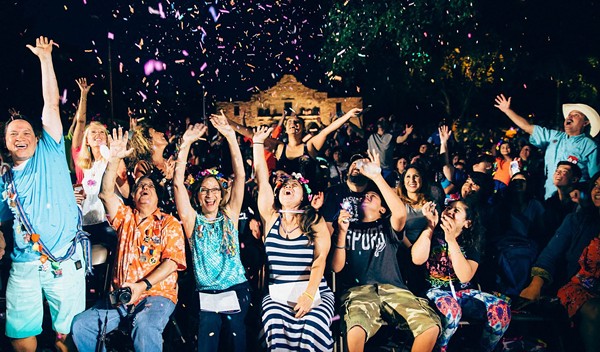 San Antonio knows a thing or two about parades, funnel cakes and sucking back fishbowl-sized Margaritas. As a rule, we're into fun here — and 30+ million visitors a year seem to agree.

No surprise then, that the Alamo City ranked 22 of the 182 locations on the Most Fun Cities in America list assembled by the tireless list-compilers at WalletHub. (Sometimes it seems like they crank these things out on an hourly basis, right?)

WalletHub based its latest list on how prolific a couple dozen sources of fun are in each city — from amusement parks and arcades to water parks and yogurt shops. Also stirred into the mix were how pricy those things are in each city.

San Antonio fared well on affordability and, well, pretty much everything other than "marinas per capita" and "skiing facilities per capita." (Not much we can do about geography, really.) The only Texas cities topping us on the list were Austin and Houston, which ranked 14 and 18 respectively.

The three metros topping the list should come as no surprise — in order, they are Las Vegas, Orlando and New York. Their amusements abound, no doubt, but try getting a Manteconcha or puffy taco any of those places.