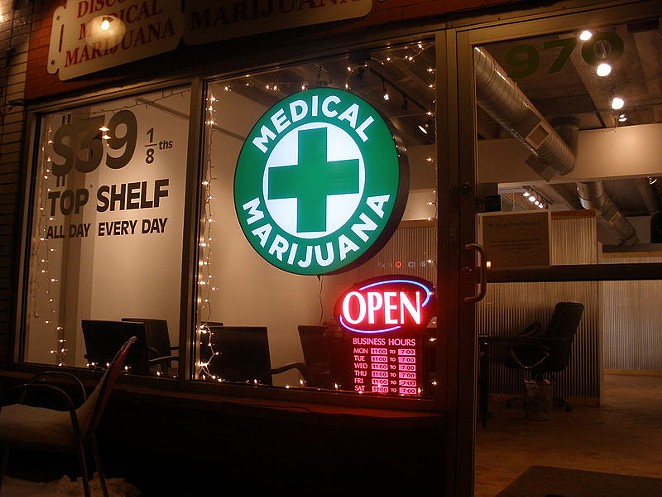 I wouldn't hold my breath waiting for weed to be legal in Texas, but some opportunists are already teaching aspiring entrepreneurs how to turn a profit once it is.

The newly opened Dallas Fort Worth Academy of Cannabis Science is enrolling students interested in learning about pot's medical value, its cultivation and that tricky bit about extracting its useful oils, North Texas TV station Fox 4 is reporting.

“There’s a lot of mystery surrounding cannabis," academy co-owner Holly Law told the station. "The people want to know about it, want to be in the industry. But there aren’t many educational opportunities for people."

Never mind that Texas still locks up more people for pot crimes than any other state. And that our only recent step toward reform, the Compassionate Use Act, only allows the use of marijuana oil by people suffering from certain types of severe epilepsy.

But Texans are optimists by nature. Maybe some are already picking up the piny smell of change in the air.