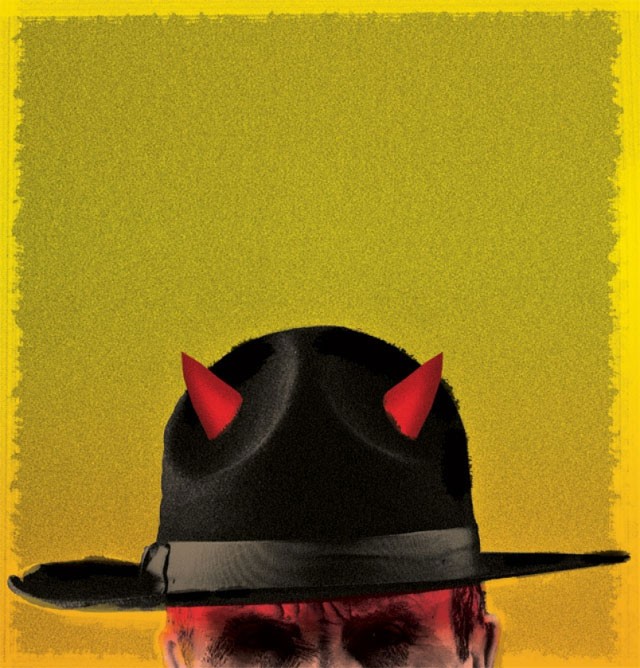 Air Force officials this week announced a litany of charges against a Houston-area recruiter, saying he raped and sodomized potential recruits, among other crimes.

AF officials say Tech. Sgt. Jaime Rodríguez sought "intimate relationships" with numerous female applicants and recruiter's assistants between August 2008 and November 2011 while assigned to a Lake Jackson recruiting office, violating military no-contact orders. An Air Force charge sheet provided to the Current outlines a number of searing allegations against Rodríguez, assigned to the 341st Recruiting Squadron in San Antonio, including that he forcibly sodomized two female applicants, raped two others, and sent photos of his penis to numerous other women. Also included in the charges: that Rodríguez allegedly asked an AF sergeant to lie about the misconduct to investigators, and that he used "his grade or position, threats, pressure, or promise of return of favors or favorable treatment in attempt to gain sexual favors" from one female applicant.

AF officials have been investigating the case since November 2011, when the mother of one female applicant caught her daughter exchanging inappropriate texts with Rodríguez, said Air Force Recruiting Service spokeswoman Christa D'Andrea. Rodríguez was set for an Article 32 evidentiary hearing in San Antonio this week.

"We have heard many stories of abuses by recruiters preying on young, impressionable civilians who are vulnerable to the influence of what they see as somebody in a position of authority who might be able to help them," said Nancy Parrish, founder of the advocacy group Protect Our Defenders, in a prepared statement this week. "This is another example of abuse of that authority — one more example of why we need reform."

Many of the charges against Rodríguez echo the growing abuse scandal at Joint Base San Antonio-Lackland, where so far 30 trainers have been investigated for misconduct with 56 women. Staff Sgt. Christopher Jackson last week was convicted of having sexual relationships with two trainees and obstruction of justice after he asked one of the women to lie to investigators — Jackson, unlike others charged in the scandal, was not charged with rape or assault. Jackson was sentenced to 100 days in the brig, 30 days of hard labor, and busted down a rank.

D9 Councilwoman Elisa Chan is still bristling over a hefty incentives package Council passed last month that paves the way for Nexolon America LLC to build on a large swath of Brooks City Base.

Nexolon is the key manufacturing partner for OCI Solar America, which secured CPS' Energy's contract to buy 400 megawatts of solar power last year. In return, Nexolon plans to build its headquarters and plant to manufacture solar panels and components on 86 acres of Brooks City Base, an estimated $115 investment that's slated to provide 404 jobs that pay, at minimum, a living wage ($11.08 an hour).

Council unanimously approved a package relatively standard for such deals — an economic development grant, tax abatements, and fee waivers totaling almost $4 million. But Northside council members — Districts 8, 9, and 10 — opposed a particular item that provided $12 million in future funding for Brooks, drawn from CPS revenues generated by Nexolon and from a future bond program (scheduled for 2017).

In an email to constituents this week, Chan further explained her opposition. "In my opinion, incentives should only be awarded when we can achieve a better 'net gain' for the City of San Antonio and its citizens," she wrote. "In this case, the package is simply too generous and I see more loss in this deal than gain."

While the Brooks property has been valued at $17 million, Nexolon will pay just $5 million, despite Brooks policy that requires it get fair market value for the property sale. The $12 million provided to Brooks is essentially to offset that low-ball sale, Chan says, contending the money's not an investment for Brooks, as has been touted by City staff, but rather a massive subsidy for Nexolon.

The Brooks City Base board was set to consider the $5 million land sale this week.

PP still out of WHP

A district judge last week declined to issue a temporary restraining order PP had requested, ruling Texas can legally cut PP out of the new fully state-funded TWHP because the organization's non-abortion providing family planning clinics are "affiliates" of those PP clinics that do provide abortion services (and get no state funding).

The Texas WHP is meant to replace the very successful Medicaid-waiver program that officials let lapse this year when the feds insisted they couldn't legally fund a program that bans qualified Medicaid providers (re: PP). In that program, which drew 90% of its funding from the feds, PP was the single largest provider of services, which included cancer screenings and birth control.

In filing its suit last month PP joined with WHP client Marcela "Marcy" Balquinta, a student and education coordinator in McAllen who argues that if the courts allow the PP ban, she wouldn't have access to women's health care because of the of the shortage of providers in the Rio Grande Valley. Though a judge declined the TRO last week, an injunction hearing in the case is scheduled for Jan. 11.

As it currently stands, nearly 50,000 low-income, uninsured women who had used PP as a healthcare provider under the WHP will have to find another provider. PP and its supporters insist there aren't providers to take in those orphaned by the PP ban.

A federal appeals court has denied the appeal of a local Mexican Mafia member sentenced to death for strangling a woman in 1998.

Manuel Vasquez, 44, was convicted in the killing of Juanita Ybarra. Prosecutors claimed Vásquez and two other men strangled Ybarra and beat her boyfriend because she'd failed to pay the "dime," or 10 percent tax on drug sale proceeds, back to the gang. Vásquez's lengthy criminal record before his conviction includes over 21 years served in prison for an aggravated assault, and three years he served after pleading guilty to attempted murder in 1992.

In his appeal to the 5th U.S. Circuit Court of Appeals, Vásquez claimed prosecutors withheld notes from an interview with Ybarra's boyfriend in which he "described the events of the murder differently from how he described them at trial." In addition to claiming he had ineffective counsel, Vásquez's appeal claims one of his partners also charged in the Ybarra killing, Johnny Joe Cruz, testified for the prosecution and in exchange received a seven-year sentence. The other man arrested in the murder, Oligario Luján, 42, is serving a 35-year sentence for aggravated robbery.