Newsmonger: Climate Change, Immigration and the Legal Fight for Lucky 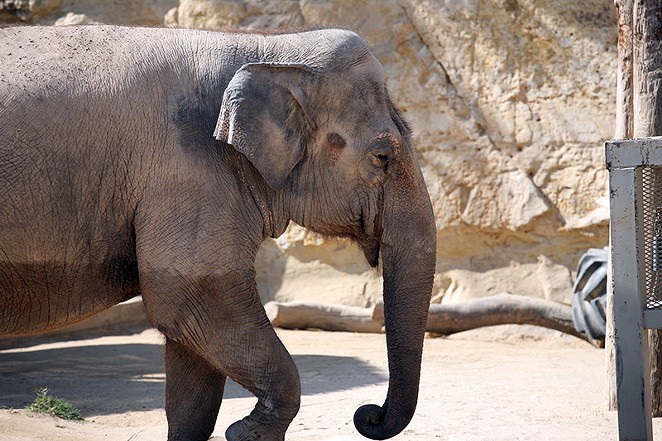 Lately, he's been giving the National Oceanic and Atmospheric Administration (NOAA) the Hillary Clinton-private-email treatment. He tried to get NOAA researchers to turn over emails after the science organization published a global-warming study in a peer-reviewed journal that poked holes in arguments made by climate change skeptics.

Smith serves as chairman for the House Science, Space, and Technology committee, which (frighteningly) has jurisdiction over NASA, the Environmental Protection Agency, the National Science Foundation and more.

His standoff with NOAA is because he accuses NOAA scientists of cherry-picking data. Smith backed off of his email subpoena after important science organizations that represent a ton of researchers sent him a letter explaining that he is threatening academic freedom, The Washington Post reported. Smith, however, believes — despite a peer review in a prominent journal — that scientists are altering data to support the president's climate policy.

The congressman made the allegations in an opinion piece in The Washington Times published on November 26. Lamar, however, who by the way was a lawyer before entering politics in the late '70s, not a scientist, is likely to continue harassing scientists. While he backed off email correspondence between federal scientists, he is still seeking documents and memos related to the study.

An Asian elephant named Lucky, who has lived at the San Antonio Zoo for more than 50 years, is the subject of controversy.

The lawsuit follows calls by North Side City Councilman Joe Krier and a San Antonio Express-News editorial calling on the zoo to enter mediation with animal-rights groups who want to move Lucky — they'll pay for it — to an elephant refuge in Tennessee.

According to ADLF, the San Antonio Zoo declined to participate in mediation three times.

The zoo has accused the groups of spreading disinformation and claim the elephant is too old for such a huge move, which could possibly kill the quadruped.

In its lawsuit, the ADLF disputes the zoo's assertion that Lucky is too old and accuse it of violating the Endangered Species Act by confining the elephant in isolation (Boo, its last companion was euthanized in 2013 for being overly aggressive); by not providing adequate shelter; and for leaving damaging substrate on the exhibit floor, which injures Lucky both physically and psychologically.

Calling it a procedural game of chess, the Texas Tribune reported in late November that Keller, who represents Texas in the lawsuit filed by a coalition of 26 states, filed a 30-day extension to respond to the Department of Justice's appeal of a lower court ruling that agreed with the coalition — effectively knocking the case off the docket until June 2017, when Obama is no longer president. The gamble is that a Republican will win the Whitehouse and do away with the executive actions altogether. The Supreme Court, however, declined to play politics and gave the state eight days to respond to the appeal.

"The states fighting temporary relief for undocumented mothers, fathers and young people are clearly trying to delay the case as long as they can with the hope that a new president will undo President Obama's executive orders," Cendejas said in a statement.