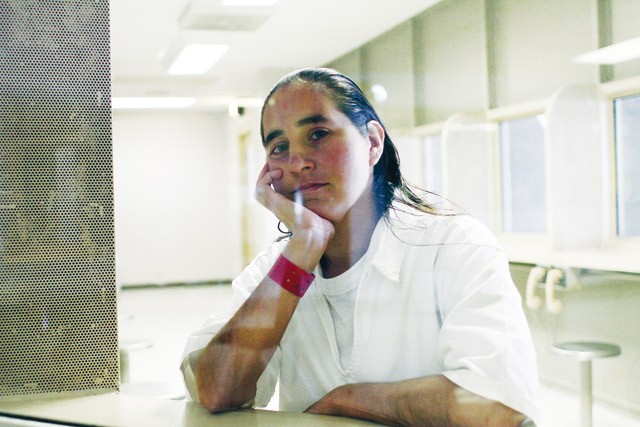 Civil liberties groups, immigrant advocates and a group of Texas elected officials are outraged over a DPS helicopter sniper who fatally shot two Guatemalan men during a high speed chase on a rural border road late last month. An audio recording of the chase obtained last week by KRGV-TV reveals troopers did indeed believe the red pickup truck was carrying bundles of drugs, not immigrants, as it sped down the Hidalgo County road the afternoon of October 25. In the recording, a trooper warns those on the ground to keep their distance, before saying, "Going to try to shoot one of the tires out."

The DPS sniper instead shot Guatemalan immigrants Jose Leonardo Coj Cumar, 32, and Marcos Antonio Castro Estrada, 29, who lay in the truck bed. A third man who was shot survived and was taken to a local hospital.

Since the shooting, DPS's policy of allowing officers to fire on vehicles during pursuit has drawn heavy criticism. According to the agency's manual, troopers can shoot to disable a vehicle to defend themselves or others from death or serious injury. The policy sets Texas apart from other states where policies rarely, if ever, approve firing on vehicles. Last week the Express-News quoted Geoffrey Alpert of the University of North Carolina, who has studied police pursuits across the country, saying he'd "never heard of law enforcement agencies allowing officers to shoot at vehicles from helicopters. … It's not an efficient or effective polity to let officers shoot from vehicles, and certainly not from a helicopter."

Last week advocates with the ACLU of Texas gathered at an intersection near where the shooting occurred, about nine miles from the border, to demand justice for the two men killed. "There is an attitude that seems to signal no regard for human life," said ACLU of Texas executive director Terry T. Burke. "They shoot first and ask questions later. It is a mentality that has taken over the people who are sworn to uphold the law and protect us."

Since January 2010, 18 people have been killed by U.S. Customs and Border Patrol officers along the U.S.-Mexico border, according to the ACLU. Eight of those killed were allegedly throwing rocks at border officers; six were standing on the Mexico side of the border. Six were under 21 years old, and five were U.S. citizens, according to the ACLU.

Democratic state Reps Lon Burnam and Armando Walle, who sit on the House public safety committee overseeing DPS, have called for a hearing to examine DPS's policy of firing at fleeing vehicles. Hidalgo County district attorney Rene Guerra last week asked DPS to stop its practice of shooting from helicopters. And in addition to a Texas Rangers investigation into the incident, the state has asked the FBI and Department of Justice to conduct and independent investigation.

Citing those ongoing investigations, DPS officials have said little. Days after the shooting, the agency elaborated, saying the trooper fired on the truck of immigrants because it was speeding toward two elementary schools and a middle school, therefore posing "an immediate threat to the schoolchildren and motoring public." Still, troopers in the audio recording of the incident released last week never mention danger to schools or school children during the chase. In a statement last week, DPS director Steve McCraw said, "Although it is very tragic that two lives were lost, had the vehicle continued recklessly speeding through the school zone, any number of innocent bystanders or young lives could have been lost or suffered serious bodily injury."

In late June, Martha Perry Evanoff approached a coworker at Joint Base San Antonio-Fort Sam Houston to vent about her bitter, ongoing divorce. Evanoff, a 53-year-old Installation Management Command contractor at Fort Sam, groused about her lawyer and a husband who "was fighting for things that were not his," according to court records. Evanoff then asked the coworker if she knew of anyone who could "take out" her husband for a fee. She ended the chat with, "If you ever tell anyone we had this conversation, I'll deny it."

In all, Evanoff approached three of her Fort Sam coworkers to see if any had contacts she could hire to kill her estranged husband, according to federal court records. Following an FBI investigation, Evanoff was arrested in late July. She pleaded guilty in federal court last week to attempting to hire a man to kill her husband.

FBI agents began watching Evanoff last summer after she'd shopped the murder-for-hire plot to her three coworkers on base. One eventually contacted the FBI and worked with the feds to set up a series of recorded meetings with Evanoff at a Sears department store across from North Star Mall. In one meeting, Evanoff told and undercover FBI agent posing as a hit man to find "some way to make it look like he (Evanoff's husband) took drugs," according to records filed in the case. "I'm trying to help you think of ways to do something that nobody's fingerprints are left on it, so to speak," she said.

Court records show Evanoff's estranged husband, James Grant Auchter, had moved into the downtown homeless shelter Haven for Hope, while she continued to live in a $600,000 home in the Dominion. In July, Evanoff met with an undercover agent, giving him an envelope containing a $2,000 cash downpayment for the hit, her husband's Haven for Hope address, the name of his workplace, and the make and model of his car. Evanoff faces up to 20 years in prison.

Suspensions and referrals to alternative schools and the county's Juvenile Justice Academy are costing local districts state funding that is already scarce, according to a report released last week by Texas Appleseed. Northside ISD and San Antonio ISD were included in the Austin think-tank's study of disciplinary expenses at eleven districts which cumulatively educate a quarter of the state's students. The report found schools have lost millions due to exclusionary discipline, like suspending students or sending them to alternative schools, all while managing the ballooning cost of other security measures districts have undertaken.

In the 2010-11 school year, NISD lost $679,244 in state funding for absences due to suspensions. SAISD lost $447,940 for absences attributed to suspension that year and spent $4,797,013 operating two Disciplinary Alternative Education Programs. NISD spent $5,718,073 on their three DAEP's that year. "We're spending all this money on what is not an effective method of disciplining students," said Kathryn Freeman, a staff attorney at Texas Appleseed who co-authored the study "Breaking Rules, Breaking Budgets." Freeman points to a 2011 study from the Council of State Governments connecting exclusionary discipline to high drop-out rates and future contact with the juvenile and criminal justice systems. "Even one disciplinary referral increases your likelihood of dropping out and not completing high school," she says. "Kids who had disciplinary referrals had a higher likelihood of being held back a grade and a higher likelihood of future juvenile justice involvement."

Yet out-of-school suspensions were common at many area schools and were often handed out for offenses that did not threaten the safety of staff or students. In the 2010-11 school year, 93% of such suspensions in NISD were discretionary — 91% in SAISD.

Texas Appleseed's recommendation of overhauling disciplinary policies to equip teachers and staff with proactive rather than reactive methods of discipline may seem ambitious in light of budget issues but Freeman argues the current system is not cheap. "You can train teachers at a fraction of the cost of what you are spending on school security."

Another expense questioned in the report are the Disciplinary Alternative Education Programs administered by each district. The alternative schools at NISD, according to the report, suffer from poor attendance rates which allows more state funding to slip through the district's fingers. Pascual Gonzalez, Executive Director of Communications for NISD, was not moved by these figures. "People who issue these reports do not walk in our shoes," Gonzalez said. "They have no idea what it is like to manage a crowded classroom."