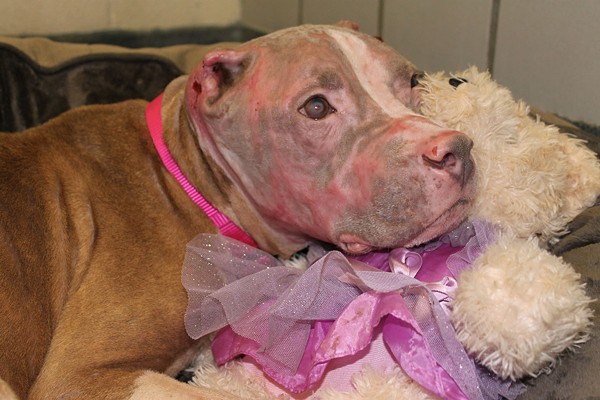 During last Thursday's meeting, Saldaña used a point-of-privilege before proceedings to publicize the plan to designate the day Christopher Columbus arrived in the New World as Indigenous Peoples Day. Both Councilman Alan E. Warrick II and Mayor Ivy Taylor indicated support for the measure.

And then there was Councilman Roberto C. Treviño, who says he supports the proposal, as long as it doesn't exclude anyone — namely the Christopher Columbus Italian Society, which holds an October 11 spaghetti dinner each year. Something Treviño made a point to bring up during the discussion, before inviting the society's chair, Frank Monaco, to address City Council.

"I only mention this because that's their tradition and tradition is important to history," Treviño said, adding that is how the Christopher Columbus Italian Society built its hall, church and neighborhood through its 100-plus year history.

Since the city doesn't celebrate Columbus Day, an Indigenous Peoples Day would have no impact on the society or its annual dinner.

Monaco said Columbus Day is a celebration of Italian heritage, adding that he, too, supported Indigenous Peoples Day as long as no one is excluded.

"I think in some ways he [Columbus] may have gotten a raw deal in history because he was actually working for Ferdinand and Isabella and he was just captain of the ship. He was an employee," Monaco said.

Saldaña said City Council will vote on the measure at its October 29 meeting.

Not In My Backyard

An anti-abortion group that is known for showing up at the annual Martin Luther King Jr. Day march on San Antonio's East Side with crazy signs, reading things like "abortion is a tool of black genocide," or banners attacking same-sex couples, is really upset.

That's because one of Texas' remaining 18 abortion clinics — there were 41 before the state implemented strict new regulations in 2013 — is near Dreamhill Estates, which is apparently a neighborhood bastion of pro-life sentiment.

The San Antonio Family Association has been protesting the Planned Parenthood facility at 2140 Babcock Road, which opened last October. The group accused the city of ignoring zoning laws to allow what they call an "abortion megacenter" to expand its service in the Alamo City.

In response, Mayor Ivy Taylor hired Mark White, a Kansas City-based lawyer and planner, to conduct an independent review of the zoning process, which found that the Planned Parenthood location on Babcock Road followed the law.

Naturally, that didn't sit well with the group.

"White is not licensed to practice law in the State of Texas yet he issued a legal opinion about Texas Law. The City's Unified Development Code (UDC) is Texas Law. White has engaged in the unauthorized practice of law and SAFA will file complaints with the State Bar of Texas," the association says in a press release.

In late July, a pit bull named Rosie was doused in hydrochloric acid.

A man named Ignacio Sanchez Alvarez, 45, allegedly poured the caustic substance over the dog, burning 100 percent of the dog's face.

Unlike many animal cruelty cases, however, things are starting to look up for Rosie.

Animal Care Services announced last week that the 5-year-old pit bull will no longer need restorative eye surgery as originally anticipated. Rosie's veterinary team says her eyes have healed so much that the surgery isn't medically necessary. The vets also treated her for heartworms and other medical issues.

In the last two months Rosie has spent recovering at ACS, the community — and animal lovers from around the globe — have donated money, toys and treats to help Rosie out.

The pup is in foster care pending adoption. As for Alvarez, he's accused of felony animal abuse and if convicted could be fined and sentenced to prison.