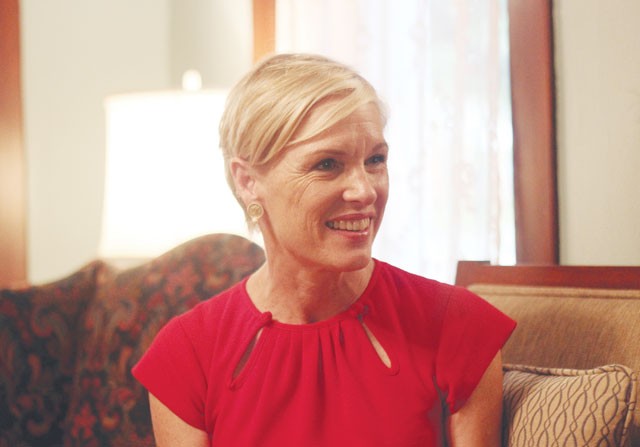 Should the courts rule that Texas must allow Planned Parenthood to remain a provider in the widely successful Women's Health Program, Governor Rick Perry would rather end the WHP altogether. Perry made that crystal clear at a Halloween press conference in Georgetown, saying, "Texas will now allow a program that includes abortion providers or their affiliates like Planned Parenthood to be a provider." Laying blame at Parenthood's feet, Perry continued, "And if they file a lawsuit challenging the Texas program, and they were to prevail, they will kill this program, and they'd be responsible for denying these important health services to low-income women in Texas."

At least for now, Planned Parenthood will continue participating in the program, which provides family planning care and cancer screenings for thousands of low-income women as per a temporary injunction a Travis County judge granted last week. The order keeps Texas from moving forward with its "affiliate ban rule," which kicks Planned Parenthood, and other "affiliates" of abortion providers, out of the WHP. A trial on the merits of the case is scheduled for December.

On Saturday, the Current sat down with Cecile Richards, president of the Planned Parenthood Federation of America and daughter of late Democratic Governor Ann Richards, to discuss the organization's fight in Texas. — Michael Barajas

When you come back home to Texas, does it feel like you're swimming in shark-infested waters?
You know, what's funny is someone asked me that on the plane. The support, actually, for Planned Parenthood in Texas is incredible. I actually feel like the support for Planned Parenthood in this state is profound and is really deep, and it's very bipartisan. It's interesting, a lot of the founders of Planned Parenthoods, particularly in southern states, were Republicans. I feel like there's an enormous amount of support here, because we've been providing care for hundreds of thousands of women here for a long time. But I do think what we're seeing in Texas is just that the politics of the folks in office is completely at odds with where folks in Texas are. And, interestingly enough, I think we're beginning to see a glimmer of that in the election this week, even in Texas. We saw nation-wide a real rejection of this politics of going after women's health and women's health care access. And I believe there's a general intergenerational shift going on, which I think is going to come to Texas eventually. I mean, it's wonderful to think that Joaquin Castro is going to the United States Congress. Certainly his experience at the state Legislature here is going to hold him in very good stead. To have Pete Gallego going, to re-elect Wendy Davis, one of the most hotly contested state senate races, it's just — I feel like there's a whole new generation of electeds in this state that do reflect a much more humane attitude toward women and women's health.

But what about the flip side of that? Ideologues like Ted Cruz replacing Kay Bailey Hutchison?
Frankly, Governor Perry has dominated the statewide landscape, and it's tough to compete in statewide races now. But that day is coming, it really is, and I think the way change happens is sometimes you have these sort of watershed elections. And to some extent, I do think that's what happened, at least in the national election. I think we saw this more diverse coalition, in every demographic way, come together to be about the future, not the past. That's what I really think happened in the presidential election. And then we saw it happen in senate races across the country. And I think that same thing is going to happen here in Texas.

What about the politicization of women's health at the federal level? The fight over insurance coverage for birth control, defunding Planned Parenthood, remarks over so-called 'legitimate rape'? How did all of that influence the election?
So Gallup just came out today and said it was the biggest gender gap we've ever seen since they started measuring it back in the '50s. These issues actually drove women away from Mitt Romney and not just him, but those two senate races. If you look at the Indiana and Missouri senate races, by any other means those should have been very easy for Todd Akin and Mr. Mourdock. I think that was a sign for these guys who wanna play politics with women's health care. And it's not only rape — I think, quite frankly, the rape comments only reminded women of all the other stuff that had been done against women's health care. What happened is we saw a Republican primary where it was like this race to the bottom on women's health. It was every candidate outdoing each other on who could be worse for women. And Mitt Romney matched all of them.

I would say, writ large, this election was an enormous validation of Planned Parenthood, the preventative care we provide, and frankly the basic tenants of Roe v. Wade. So I really think this was an election in which the voters just pretty consistently across the country, particularly women, said we're not gonna go backward.

In the last legislative session we saw conservatives blend together family planning and abortion services, using it to dismantle family planning programs and to target Planned Parenthood's funding. What goes through your head when you hear Gov. Perry say we just won't have a Women's Health Program if the courts rule Planned Parenthood can't be kicked out?
What that says to me is this isn't about what's good for women, this is about crass politics. And Gov. Perry, it seems, doesn't care if women go unserved. The report that I read, I believe it was the UT report, said that 53 health care providers in the state had shut down. Yea, so that tells me these guys are completely about making some kind of political point, rather than doing what's best for women. You know, in this last year I've been to many, many states where we're dealing with a very tough legislature. I haven't seen anyone worse than Rick Perry when it comes to flat-out not caring about women. Family planning in particular, you could argue, is smart from a million different ways. It's obviously good for women's health — we know that. Some use it as a form of birth control, some use it for medical reasons. But second, it's really good for women in the economy because it's the single greatest reason why women can now participate in the workforce, because they can plan their families. And the third is it's great for taxpayers. But when you get to the thought that Rick Perry might be willing to throw women off of cancer screenings? Breast exams? Pap smears? I remember being in Midland when they were ending these programs where even young men went to Planned Parenthood to get their STD testing. It effects not just women, but men, young people, entire families. And it's really sad. To me, it's just a race to the bottom here in this state. The attacks aren't on Planned Parenthood. The attacks are on women who have the least amount of access to health care in this state. That's what Rick Perry should be ashamed of, because he's putting his own personal, private political agenda in front of the women who he is responsible for as the governor of this state.

I can't leave you without asking about the influence your mother had on the work you now do.
Oh my god, I was very fortunate to be born into a family that just believed social justice and public service were the highest callings. And you know, my dad's still alive, he still works in Texas defending voting-rights cases. I mean, mom really believed that our job was to make sure that every woman had an opportunity. There's no better place in America to make sure that women have an opportunity than at Planned Parenthood.