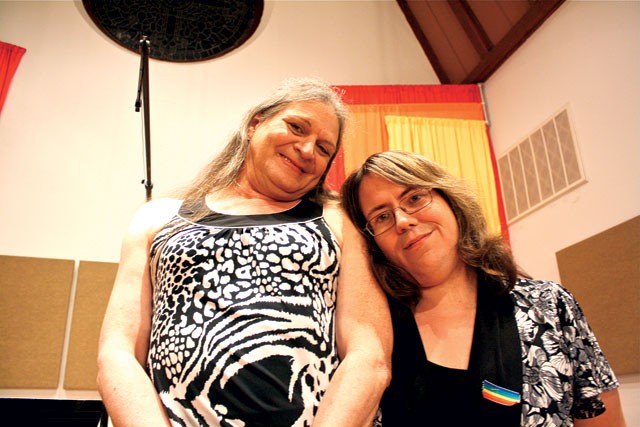 The Lackland trainee reported in April 2009 her trainer kept entering into her dorm after midnight, where he "harassed and flirted" with her. "While he was there, he and the victim went into his office where he kissed and hugged her so tightly to himself that she could feel his erection," according to a report. The trainer's only punishment months later was a letter of reprimand and his promotion to master sergeant delayed for 60 days.

The Air Force cites the instance in an investigation officials released last week outlining how "a culture too accepting of misconduct," lax oversight by command, and inconsistent and weak punishment of offenders bred the sexual abuse and harassment scandal at Joint Base San Antonio-Lackland. As of last week, 25 basic training instructors have been identified in the ongoing investigation, along with 49 trainee victims, all women.

"The misconduct discovered at (basic training) tears at the foundational trust and core values that hold the Air Force together," said Gen. Edward Rice Jr., who heads the Air Force's training command, at a Pentagon press conference announcing the results of the investigation. The Air Force in June tapped Maj. Gen. Margaret Woodward to investigate possible causes of the Lackland scandal.

The investigation found "instances where supervisors and commanders were insulated from, rather than engaged with, their squadrons," fueling a culture tolerant of misconduct. Mid-level supervisors were either too lenient in dealing with problem trainers or, in at least one case, were directly involved in the misconduct, according to the report.

Trainers at Lackland, the report found, too often relied on "a culture of fear" to keep trainees in line, creating an environment where trainees were too afraid to report abuse. According to the report, investigators found trainees often feared reprisal "and in some cases did not believe action would be taken against the perpetrator."

The report also illustrates how commanders were sometimes reluctant to pursue charges. In one instance the Air Force Office of Special Investigations refused to fully investigate claims that three Lackland trainers sexually assaulted their female trainees in a supply closet, saying the acts were consensual. Only after a military judge advocate intervened and got another investigative body to look into the abuse were the claims fully vetted and charges filed.

Among other problems, the report says inconsistent or weak punishment for infractions made instructors think "unprofessional behavior would be tolerated by at least some in authority." "(Trainers) have so much authority over trainees that it can severely inhibit the trainee's ability to seek help," the report says. "In one example, a trainee having suicidal thoughts asked an MTI for an appointment to see a chaplain. The MTI handed the trainee a pair of scissors, instead, and encouraged the trainee to kill himself."

Some advocates for women in the military disagree. Nancy Parrish, founder of Protect Our Defenders, points to the so-called STOP Act, legislation filed in Congress that would take sexual assault investigations outside the chain of command. The problem, she insists isn't isolated to

Lackland or even the Air Force. "This report tells us largely what we already knew. Victims in the military often don't come forward because they are disbelieved and retaliated against, and perpetrators are not punished appropriately," Parrish said. "It's time to face the pervasive, demeaning, and misogynistic culture that is too often encouraged by military leaders."

Lege Preview: the good, the bad, the weird.

Texas only legislates every other year. But when it does, watch the fuck out. The 82nd Lege in 2011 saw billions cut from public schools, the systematic dismantling of womens health and family planning programs, and a redistricting mess the courts have yet to iron out. Last week lawmakers started filing bills for the 83rd Lege, which starts January 8. God help us.

State Sen. Leticia Van De Putte, D- San Antonio, continues to carry the anti-human trafficking torch, filing SB 92, which would let counties create specialized juvenile courts and pre-trial diversion programs for youth charged with prostitution. The point, she says, is to make sure kids are treated as victims, not criminals, while ensuring they don't slip the system. Van De Putte's SB 94 establishes civil liabilities for anyone who publishes an ad in a newspaper or online that the defendant "knows or reasonably should know constitutes promotion of prostitution or aggravated promotion of prostitution." Under the bill, victims of forced sex work sold in backpage ads or online could sue publications that carried those ads (the Current, like much of the alt-media world, carries adult classifieds). "We all cherish our First Amendment rights. … We have freedom of speech, but there are – You can't yell fire in a crowded theater," Van De Putte said. "Websites and publications are making money advertising a criminal activity." Travis Crabtree, a Houston-based media and free speech attorney, said the bill raises serious legal questions, particularly in the online world. The law appears to clash with protections offered by the Decency Communications Act, he said. Should the law pass, expect a court challenge, he said.

Rep. Dan Flynn, R-Canton, filed HB 49, which would keep public school boards from banning the posting of the 10 Commandments in the classroom. Ironically, his HJR 43 seeks to amend the Texas Constitution, adding that the state "may not enforce, consider, or apply any religious or cultural law." (We're assuming he means the Sharia variety...)

Rep. Charles "Doc" Anderson, R-Waco, makes his fourth straight attempt to ban sales of Salvia divinorum and list the hallucinogenic plant a controlled substance with HB 124. While the North Texas cities of Dallas, Plano, McKinney, and Lewisville have ordinances expressly banning salvia, you can still legally smoke up across most of the state.