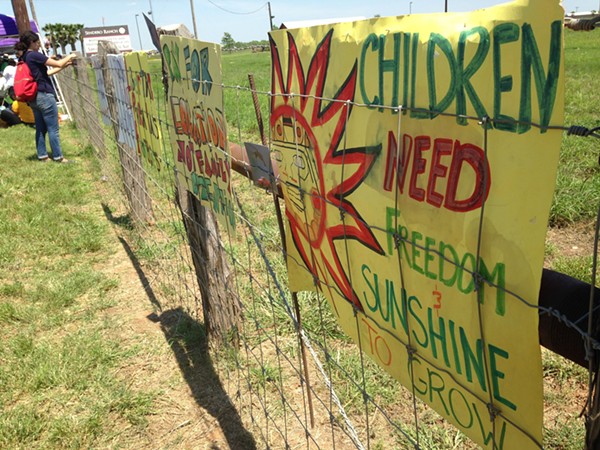 Feeling an unprecedented amount of pressure to act stemming from growing criticism from activist and political circles, as well as various legal actions against it, the Department of Homeland Security announced on Wednesday it is taking steps meant to improve its immigrant family detention system.

The department, through its agency U.S. Immigration and Customs Enforcement, currently has three detention centers solely to house women and children. Two of those centers are about an hour's drive from San Antonio (one is in Dilley and the other in Karnes County).

The agency has had a spotlight on its family detention program for years, but pressure has mounted with the tremendous rise in influx of unaccompanied minors as well as women and children, all primarily from Central America, coming across the border.

In addition to various improvements it has implemented in recent years to improve family detention, ICE announced on Wednesday various additional steps meant to make the experience less prison-like.

"We understand the unique and sensitive nature of detaining families and we are committed to maintaining the optimal level of care," Sarah Saldaña, a Corpus Christi native and current ICE director, said in a statement.

She announced various new measures:
But the new effort will not appease many advocates, who have been calling on ICE and DHS to get rid of the family detention program altogether.

“The United States government should not be in the business of holding mothers and children in detention, no matter how nice the facilities or how many stakeholder meetings the government has," three members of Congress, Luis Gutiérrez of Illinois, as well as Lucille Roybal-Allard and Zoe Lofgren, both from California, said in a statement responding to the ICE announcement.