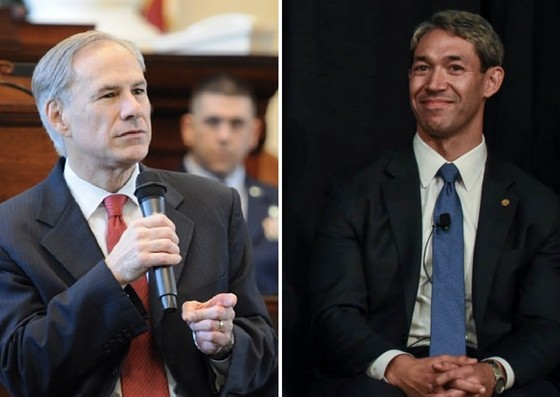 Whether its prohibiting cities from upholding tree laws or forcing public schools to keep trans kids out of bathrooms, Governor Greg Abbott has made limiting local control the focus of the Texas Legislature special session.

“I’m calling for further legislation that fully pre-empts [local control],” said Abbott when he unveiled the session's priorities in June. "We don’t need a patchwork quilt of regulations."

But in drafting these priorities, it seems Abbott ignored those most affected by these restrictive bills: Texas mayors.

That's why 18 mayors of Texas' largest cities sent Abbott a letter Monday, the day before the special session kick-off, demanding a meeting.

"We believe that several of the proposals announced as part of the call for the 85th Special Legislative Session will directly impede the ability of Texas cities to provide vital services that reflect the priorities of local residents," the letter reads. The mayors ask Abbott to meet with them "as soon as possible."

San Antonio Mayor Ron Nirenberg, who joined the mayors of Houston, Dallas, Austin, El Paso, Corpus Christi, Fort Worth, and eleven other Texas cities in signing the letter, said many of the "inane" issues brought up this session offer short-term political benefits to lawmakers while seriously damaging Texas' cities.

"We mayors get calls every day from constituents, we know their concerns and build regulations based on them," Nirenberg told the Current Wednesday. "For lawmakers to unwind them for political gains...it costs us all in the long run."

The majority of Abbott's 20 special session priorities are aimed at quashing local government control. Lawmakers will consider bills that override city rules for regulating constriction projects, public restrooms, special need programs in public schools, property taxes and annexation. Even the smallest city regulations will get a legislative analysis — the mayors sent this letter the same day Abbott eviscerated cities for penning rules that protect older trees in the city, calling it "socialism."

Nirenberg said forcing these smaller governments to all follow the same guidelines will tarnish their reputations and chip away at their identities.

"We have unique needs, like any city," he said. For instance, Nirenberg said, the Edwards Aquifer (San Antonio's main source of drinking water) could easily dry up if it followed federal or state groundwater regulations — which is why local officials came up with their own rules for the aquifer nearly thirty years ago.

And the city's already hurting from the growing financial losses sparked by the legislature's looming "bathroom bill." Nirenberg said he currently has a letter sitting on his desk from an organization saying it will no longer hold conferences in San Antonio because of the state's pending law to keep trans people from using the bathroom of their choice. They aren't the first.

"It's the height of hypocrisy to rail against local ordinances that address real issues or cities that push back against bad laws," Nirenberg said. "Especially when your administration has spent the better part of its career suing the federal government for impinging on local control."

Both Abbott, former Texas Attorney General, and current AG Ken Paxton often took pride about how many times they had sued the Obama Administration (48, in total) for laws they believed violated Texans' freedom from government overreach. But apparently that freedom stops at the state level.

Both men have embraced the state's right to override city decisions in past years, like when Houston granted same-sex spouses of city employees health insurance, or when Brownsville charged people for plastic bags, or when Travis County said it would prioritize public safety over demands from U.S. Immigration and Customs Enforcement.

In a June interview with Community Impact, Austin Mayor Steve Adler said that the state's belief in local control has been "flipped on its head."

"People who for years advocated that the government closest to the people was best able to govern, became the enemy of that principle," he said.

As of Wednesday, the governor's office has yet to publicly respond to the mayors' meeting request.