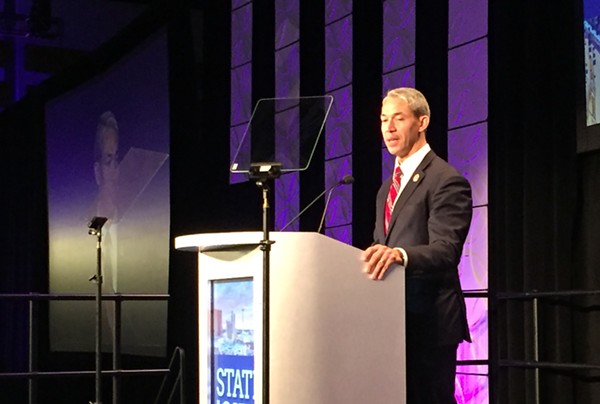 Mayor Ron Nirenberg on Friday used his annual State of the City address to float an ambitious plan that would offer free tuition at local community colleges to all qualified Bexar County residents.

Called the "Alamo Promise," the proposal would use federal funding, public-private partnerships and scholarships to cover the cost of pursuing degrees or certifications through the Alamo Community Colleges District's five campuses.

“The Alamo Promise is simple: every student — no matter their circumstances — should be free to pursue their full potential,” Nirenberg said during his speech at the Henry B. Gonzalez Convention Center. “We all benefit when they do.”

Such a program would add San Antonio to a growing list of U.S. cities, including Seattle, Boston and Minneapolis-St. Paul, that extend free community college tuition to residents. By 2020, two of every three new jobs will require some form of post-high school education, the mayor said.

“The Alamo Promise is not only a smart investment in San Antonio’s economy and our future but is the moonshot to reduce generational poverty and increase social mobility,” he added.

During 2017, the percentage of San Antonians living in poverty was the second-highest among the nation's 25 biggest metro areas, according to the U.S. Census Bureau.

Nirenberg's address — sponsored by the city's chambers of commerce — comes shortly before the May 4 municipal election that will determine whether he keeps his job. His most serious challenger, District 6 Councilman Greg Brockhouse, has attacked Nirenberg as a failed leader who's been unable to deliver on the city's economic promise.

Prior to Nirenberg's speech, video clips resembling extended campaign commercials highlighted statistics suggesting the city was on the right track.

The mayor spent much his talking time trumpeting the city's progress on job creation — by his count, 40,000 during the past two years — and its success in fostering in-demand industries like cybersecurity and advanced manufacturing.

Nirenberg also pointed to his efforts to address some of San Antonio's toughest long term-problems.

"No one would argue that San Antonio is perfect, but everyone would agree that Team SA has put our city on the right track," Nirenberg said.