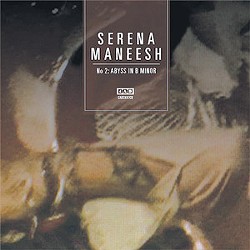 
No 2: Abyss in B Minor comes nearly four years after Serena Maneesh’s debut won them opening slots for the Dandy Warhols, Oasis, and Nine Inch Nails. The Norwegian quartet was able to play with such a diverse group of acts because it’s fairly distinctive. They’re as comfortable cranking out sludgy, feedback-drenched epics as they are with three-minute distortion-filled ditties. My Bloody Valentine’s influence is all over this record. The waves of feedback in “Melody For Jaana” sound like textbook Kevin Shields. Coupled with Hilma Nikolaisen’s vocals, they make a strikingly ethereal stew. She’s a much better singer than her older brother Emil.

The pulsing “D.I.W.S.W.T.T.D.” and the urgent “I Just Want to See Your Face” immediately recall the best moments of ’90s dream-poppers Lush. “Magdalena (Symphony #8)” fits in the same mold and is the best mix of atmosphere and song to be found on the album. The tracks that Emil sings are a mixed bag. “Ayisha Abyss” creates a cinematic atmosphere but without stadium-sized hooks. The obscured vocals make the eight-minute song seem even longer. The straightforward psych of “Blow Yr Brains in the Morning Rain” fares a bit better, even if it can’t quite measure up to his sister’s tunes. — Jeremy Willets