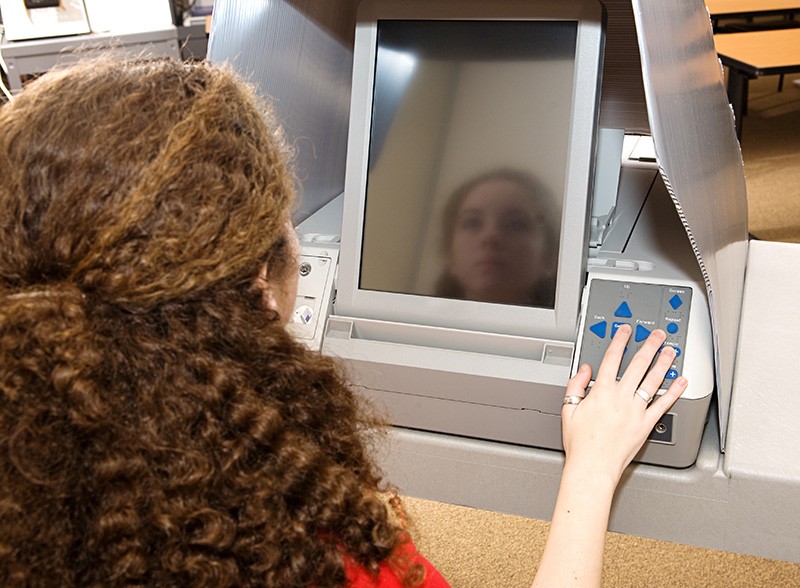 But neither did anyone else.

In the May 9 general election, roughly 88 percent of Bexar County's nearly 960,000 registered voters didn't cast a vote. All the city's top offices were up for grabs, as well as a slew of propositions.

"We got our numbers up. The voter registration numbers have been absolutely fantastic with the number of people registered," Bexar County Election Administrator Jacquelyn Callanen told the San Antonio Current. "We got all the way up and still got some of the lowest turnouts."

With less than two weeks until the mayoral runoff between Ivy Taylor and Leticia Van de Putte, just 42,798 people have cast early votes.

There's no way those voters who didn't show up were just those target-on-their-back Millennials with no sense of civic duty — though it's true that their turnout was paltry.

But it's also true that, historically, young voters stay home.

According to Census figures, nearly 51 percent of voters 18-24 years old cast a ballot in 1964. In 1972, that percentage steadily declined, bottoming out at 30 percent in 2000. The decline was then reversed with a push for young voter engagement, picking up to 45 percent in 2008 but then dropping off a bit again, down to 38 percent in 2012.

So, if anything, Millennials are behind the resurgence in the young vote while it was Baby Boomers' coming-of-age that actually started the youth voting decline decades ago.

Callanen said the Greatest Generation, those who came of age during WWII, are dying off and people 25-50 just aren't voting.

"Their lives are full. We just see it declining in those age groups," Callenen said. "We've got to do something to keep that pipeline full."

Some San Antonio media pundits have mused that Millennials' no-show at the polls is why Mike Villarreal narrowly missed out making the runoff (by a mere 2,000 votes).

Those pundits assume Millennials, who do lean toward progressive candidates, were going to vote for Villarreal, citing their disappearance as the main reason for Villarreal's demise.

"I think it is unfair to pick on Millennials," Villarreal told the Current. "I think the whole city and the whole state suffers from low civic engagement."

Maybe if aging-liberal-hippie types had put down their lattés and showed up at the polls Villarreal would be in a runoff with Van de Putte instead of Taylor.

But, hey, we don't like to play the blame game.